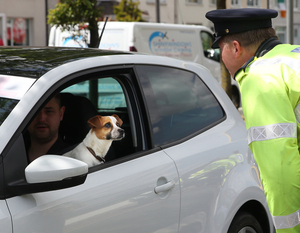 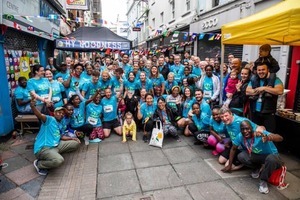 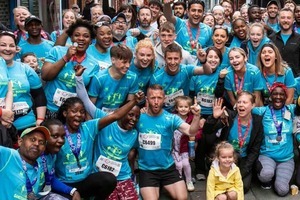 Members of the Sanctuary Runners took part in the Cork City Marathon and the VHI Women’s Mini Marathon in Dublin while founder of the initiative Graham Clifford addressed the Cork contingent after the run (above).

A group of runners promoting solidarity with and wellbeing of asylum-seekers living in Direct Provision played a major part in the Cork City Marathon on Sunday.

Bus Éireann stepped in to provide transport to bring members of the Sanctuary Runners group from the Direct Provision centre at Kinsale Road in Cork to Patrick Street for the marathon.

Over 350 people from accommodation centres nationally and individuals running to support them took part in the marathon, the majority of them in relay teams.

‘Breaking down barriers’: Solidarity on the run in Cork City Marathon (The Irish Times)

Calling all Runners and Walkers! We are looking for people to join us on Saturday 10th Aug for the Streets of Galway 8K. No fundraising. Free tshirt, guaranteed fun and lots of new friends. @StreetsofGalway @HealthyGalway @AthleticsGalway @villagesalthill @CTribune @ThisIsGalway pic.twitter.com/U8kfKxvcHn

I’ve just registered to run the quarter marathon in the @WVMarathon on June 22nd with the Sanctuary Runners @SancRunWat – Who is going to join me? – Graham pic.twitter.com/4riaxvvNnK Along the Quays at Dublin.