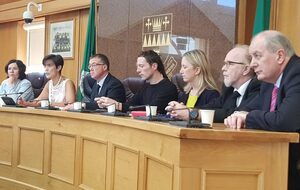 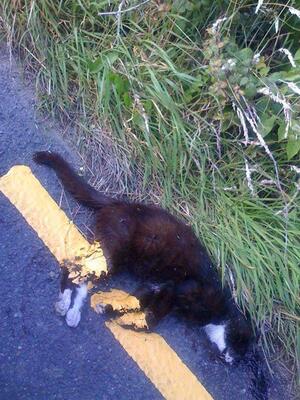 it appears that yellow paint for road markings was rolled on to the dead animal…Kerry County Council has now released a statement on the matter and is looking into the incident….