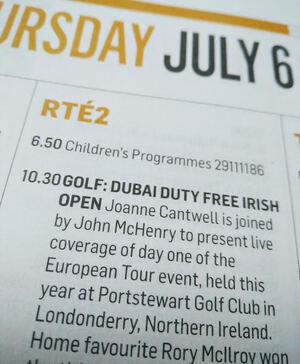 From the Irish Times weekend magazine. 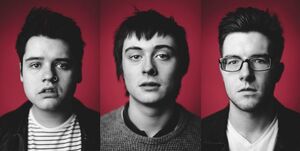 01. What’s that, you say? Handsome boys in jumpers from Derry City playing enthusiastic rock ‘n’ roll? That’ll be Touts, then.

02. Riffing on the obvious NI punk comparisons, the lads take that energy and give it a modern, more aggro take on the classic power-chord sound.

03. Streaming above is Sold Out, the band’s new single. Shouted-out today on Nialler9, the lads are releasing an E.P. soon on Hometown, the label that’s currently giving us Rejjie Snow among others.

04. Belfast locals can catch the band while they can, this August on the 23rd, playing alongside Blossoms at Customs House Square. They’re supporting some UK pop band or other.

Thoughts: Is yer man Fergal Sharkey or Joe Strummer? He is neither, but these lads are great, making an earnest callback to grittier times without leaning too hard on its clichés.

Was in India recently and came across this advert for sweets. Apparently next year’s city of culture is an ‘amazing’ town known for its beard painters and candy.