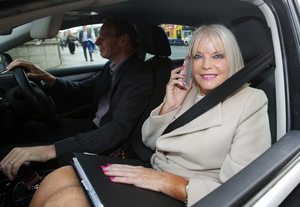 Twenty women-only professorships to be established this year (Irish Times)

Minister of State for Higher Education Mary Mitchell O’Connor spoke at the launch of the National Women’s Council of Ireland’s Ending Sexual Harassment and Violence in 3rd level Education Conference.

Her contribution came a day before International Women’s Day which is tomorrow.

International Women’s Day is in danger of becoming “what holy days used to be” and “a chance to skive off with friends”, the Minister of State for Higher Education has said.

Mary Mitchell O’Connor said she thinks the annual occasion, which takes place on Friday, needs to be repurposed in order to achieve “our objectives”.

“The problem as I see it is that International Women’s Day is in danger of becoming what holy days used to be when we were going to school back in the day, a chance to skive off with friends and to have no homework for that day,” she said. 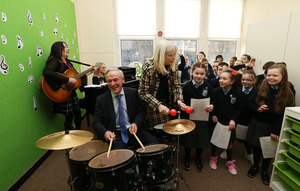 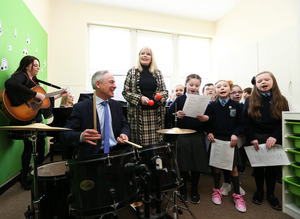 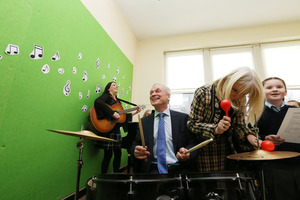 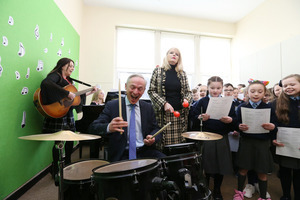 Minister for Education Richard Bruton and Minister of State for Higher Education Mary Mitchell O’Connor and St Audeon’s school choir during the launch at the school of the government’s Action Plan for Education.

But what are they playing, anyone? 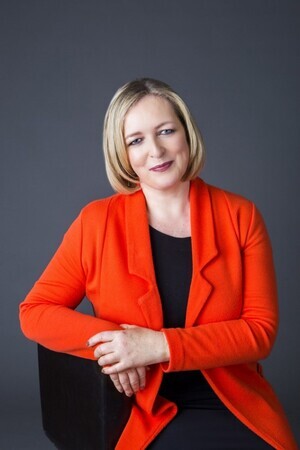 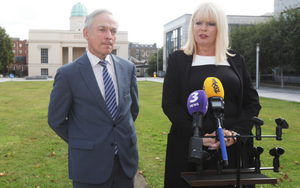 On RTÉ One’s News at One.

Readers may recall how Taoiseach Leo Varadkar reshuffled the Cabinet in June.

As part of this, Mr Varadkar appointed Ms O’Connor, the former Minister for Jobs, Enterprise and Innovation, to the position of Minister of State with Responsibility for Higher Education – a super junior ministry.

The appointment reportedly followed Ms O’Connor turning down an offer of a junior ministry in the Department of Justice.

They both receive an extra €16,288-a-year allowance on top of their salary for the super junior position.

It was also reported at the time that the Dail would have to pass legislation to create the position for Ms O’Connor because existing legislation states the Taoiseach can appoint a maximum of two super junior ministers who can sit at the Cabinet table.

Ms Shanley asked Ms O’Connor about the matter and she said:

“I’m delighted to be at that Cabinet table. Money has never really been the biggest issue for me. Am I going out searching for it and shouting and roaring? No.

“And I want to have the same wages as, you know, as my counterparts. But, to be honest, out there, I’m just saying it to the listeners, it’s not the be all for me.

“It’s really important that I do the job that I’m asked and tasked to do.” There goes the neighbourhood: Or Mary Mitchell O’Connor’s constituency office at least. Within a week of being demoted: Minister of State at the Department of Education and Skills (Higher Education) Mary Mitchell O’Connor with President Michael D Higgins at Aras an Uachtarain, as she received her seal of office on Wednesday, with Taoiseach Leo Varadkar to the right

As part of this, Mr Varadkar has appointed former Minister for Jobs, Enterprise and Innovation Mary Mitchell O’Connor to the position of Minister of State with Responsibility for Higher Education.

Government sources said the delay in announcing the Cabinet line up was because Mrs Mitchell O’Connor had rejected an offer of a junior ministry in the Department of Justice, with responsibility for equality and law reform. However, it is understood she declined that position and held a second meeting with Mr Varadkar which led to her new role. Sources close to Mr Varadkar said Ms O’Connor “made her dissatisfaction known”.

Ms Mitchell O’Connor’s new role is a so-called ‘super junior’ role  – a junior ministry whereby the person can attend Cabinet meetings – and, if passed, will be the third such role.

The Dáil will have to pass legislation to create the position for Ms Mitchell O’Connor because the law states that the Taoiseach can appoint a maximum of two super junior ministers who can sit at the Cabinet table.

Although Ms Mitchell O’Connor’s role is largely seen as a demotion, it comes with an extra €16,288-a-year allowance on top of her Minister of State salary of €124,439.

It’s being reported that Fianna Fáil and Labour will not support any change in legislation concerning this. 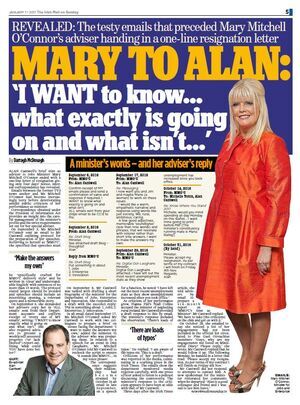 From top: The Irish Mail on Sunday at the weekend, and an email the Minister for Jobs, Enterprise and Innovation Mary Mitchell O’Connor sent to her former special adviser Alan Cantwell

You may recall how former TV3 anchor Alan Cantwell resigned from his position as special adviser to the Minister for Jobs, Enterprise and Innovation Mary Mitchell-O’Connor in November – after being hired for the post in May.

Darragh McDonagh, in the Irish Mail on Sunday at the weekend, reported:

“Emails between the former TV3 news anchor and Ms Mitchell O’Connor had become increasingly testy before deteriorating amidst public criticism of her performance as minister.”

“…On September 8, Mr Cantwell was tasked with drafting a short biography of the minister for the Department of Jobs, Enterprise and Innovation. She responded to a draft with the succinct reply: ‘Put in something about: 1. Jobs; 2. Enterprise; 3. Innovation.”

“…In an email in late September, on a speech for a function, he noted: ‘I have left out the most recent unemployment stats as they show unemployment increased since you took office’.”

“…On October 28, she emailed to say she noticed a list of her engagements had not been included in the official list circulated to Fine Gael Oireachtas members: ‘Guys, why are my engagements not listed on Ministerial Diary? Please reply,’ she wrote.

“Mr Cantwell replied that he would follow it up. The following Monday, he handed in a letter that read: ‘Please accept my resignation. As per terms of my contract I will finish on Friday 4th Nov’.”

Travelling to work today on a wonderful 44bus! pic.twitter.com/4M2prQzkW6