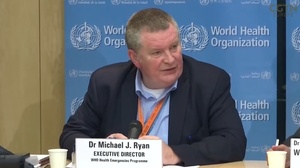 Members of the World Health Organisation, including executive director Michael Ryan (top), hold a press conference, in which Mr Ryan said that all countries now need to reassess their “strategies” toward the coronavirus.

It follows the WHO declaring the Covid-19 outbreak a pandemic.

Coronavirus: First death confirmed in Ireland as WHO declares a pandemic (Paul Cullen, The Irish Times) 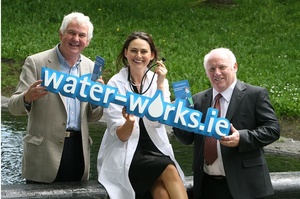 FOR nearly 20 years he has criss-crossed the country. There has been a warm welcome for him in every town and village in Ireland.

But much-loved RTE ‘Nationwide’ presenter Michael Ryan has finally reached journey’s end due to budget cuts at the station, and will be finishing up at the end of the year.

He officially retired two years ago from RTE but the 67-year-old had been working for the station on a freelance basis.

However due to cutbacks, he has been told that his contract is not being renewed when it finishes next month.