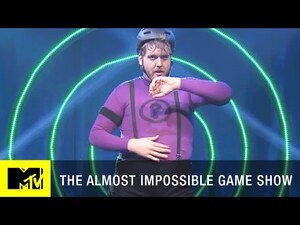 MTV presents the US version of the Almost Impossible Game Show, which premieres next Thursday on the beleaguered pop-culture channel and its heavily-pushed app.

Limerick’s finest The Rubberbandits have held on to the voiceover spot in a tough market for UK/Irish telly pilots.

MTV’s Kurt Loder and some of 1995’s finest celebs share their thoughts on the ‘information superhighway’ and the proliferation of ‘special interest truckstops’ called ‘websites’.

A commercial for MTV Brazil from Brazilian creative agency ParanoidBR.

600 balloons on a 200-meter rail, popped 10 balloons per second to create a flip-book style animation featuring Ozzy Osborne, Slash, Amy Winehouse and others.

The original US incarnation, which began in 2009, quickly became a cultural phenomenon and returned for its third series with 8.4 million viewers earlier this month.

But it was not to everyone’s tastes – one Guardian writer described it as making “Big Brother look like Dostoyevsky” – and it caused controversy after it was accused of stereotyping Italian-Americans.

The UK version of the show will be made by Liverpool-based Lime Pictures, producer of another teen reality show, The Only Way Is Essex, which was a hit for digital channel ITV2 last year, and Channel 4 soap Hollyoaks.

It’s now only a matter of time before there’s an Irish version. Any guesses as to the location?