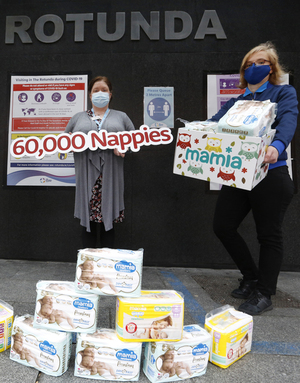 Aldi has announces plans to make available 60,000 nappies from its Mamia range to maternity hospitals across the country, with The Rotunda Hospital being the first to avail of the offer.

With just under 60,000 babies born in Ireland last year, Aldi is encouraging all maternity hospitals to get in touch. 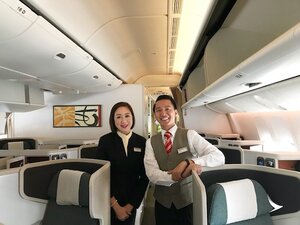 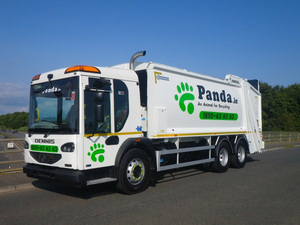 The Irish Times reported that a new pilot scheme by Panda Waste Management will involve cameras being installed on bin lorries used in Fingal, Co Dublin, to record what householders are putting into their chipped green recycling bins.

The aim is to identify who is putting black bin rubbish, for which there is a charge, into their green bins, which are free, and to fine householders who do so.

The plan is that photographs of the offending rubbish will show who is contaminating their green bins.

It was revealed on Wednesday that 160 containers of waste for recycling in China were stopped in Rotterdam because of contamination. The rejected waste is being sent back to Ireland at a cost to the recycling industry here of some €500,000.

“For every 100 tons that comes in here for recycling, 40 tons is pure sh*te –nappies, clothes, food and garden waste – there’s no other word for it. All stuff that doesn’t belong there. We’ve had dead dogs put in recycling bins.”

“So you think it’s just to avoid paying bin charges, the bad behaviour”, Wilson asked, and asked why people could not go along to a local authority facility and recycle there instead. It was a curious question, since as far as I know, there are no nappy recycling facilities in existence. And even if there were, it is hard to imagine people loading up with dirty nappies to make the journey.

Perry said that in so far as the general public was mixing recycling waste with normal waste, a lot of it was likely down to ignorance, of not knowing what could and what could not be recycling. Crinnion for his part was keen to emphasise that a lot of it amounted to laziness. That is – though he was not drawn on this point – a lot of lazy parents putting nappies into green bins.

In response to Perry’s suggestion that more education would be a more cost-effective means of ensuring proper recycling, Wilson wondered how much more education people needed. “Every child in junior school up is taught about the green flag and recycling and composting and everything else.” Perry countered, not unreasonably, that people were generally aware about recycling, but not necessarily aware, in the specific case of green bins, of what could be recycled and what could not.

Mary Wilson then asked Crinnion about the roll-out of the scheme, and noted that it would be “the citizens of Dun Laoghaire-Rathdown first. They’re probably the best behaved, are they?”. The attempt at jocularity could scarcely conceal the class contempt that motivated the question: less affluent locations could be presumed to be worse behaved.

…Prevailing views on household waste production come with a moralistic streak, often encapsulated in the view that ‘the polluter pays’. In the case of homes where there are babies, the polluter in question is someone who cannot help it. All other things being equal, the weight of a bin for a home where there are babies in nappies is far greater than that of a home where there are no nappies used. And they fill up more quickly: we took out the black bins with far more regularity when subjects to the nappy regime.

Hence the costs of waste disposal for homes where there are babies are far higher than those where there are not. Not everyone with babies in nappies has the money at hand to pay for a black bin collection every time it becomes necessary, or, for that matter, the presence of mind required to always throw the right waste into the right bin. That kind of thing is often quite hard, when there are babies to be fed and cleaned, and a home to be maintained.

Thus beneath the moralising disciplinary talk about ‘laziness’ and ‘bad behaviour’, there is the brute fact of a waste disposal regime that penalises poorer parents with babies, one more indication that we have no responsibility for other people’s children, or their welfare. Moreover this regime can only but penalise poorer single parents -usually mothers – even more.

But the consequences of this regime are cast by the public broadcaster – through the words of a private company representative- in terms of the virtue of the rich and the wilful vice of the poor. What is all this, if not a form of widespread pollution? 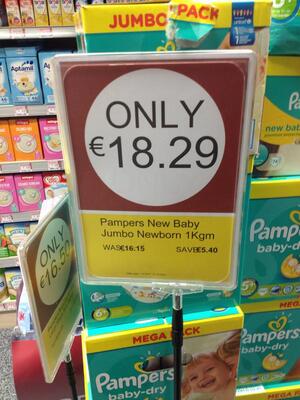 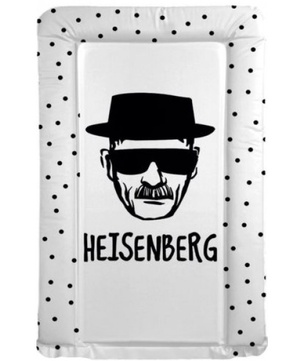 “I stumbled upon this particular gem of a listing on the Michael Guineys website. I give you…the Breaking Bad baby changing mat collection.”