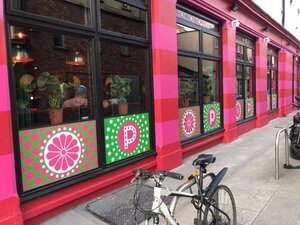 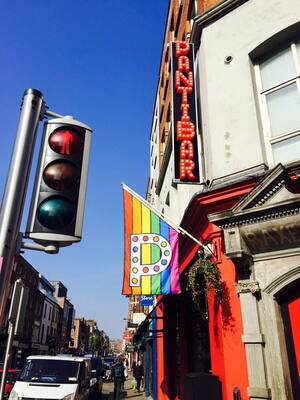 Pantibar on Capel Street, Dublin 1 with its newly erected sign in March

“…the Herald can reveal that a warning letter was issued by Dublin City Council (DCC) at the end of March following complaints to the city’s planning department suggesting that the sign contravened planning permission. A spokesperson confirmed that a warning was issued under Section 152 of the Planning Act and that the matter was being “actively pursued”.”

“When contacted by the Herald, Mr O’Neill declined to comment on the matter. The performer will now have a chance to argue his case with city planners but, if DCC rules that it does breach the bar’s planning permission, it is likely that it will have to be taken down. The costs incurred by DCC, if an enforcement order is issued, may also have to be covered by the Irish gay community’s icon.”

Previously: You Can’t ‘Miss’ It 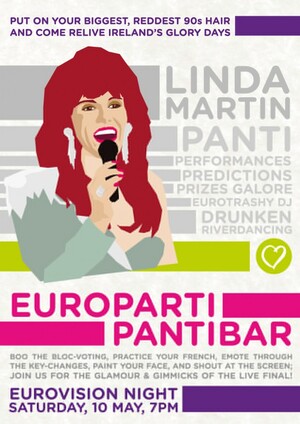 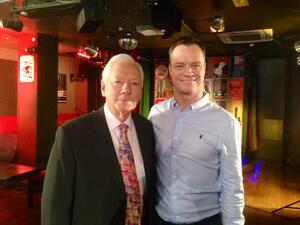 Gay Byrne with some big bloke in Pantibar. Gay wore his flamboyant tie for the occasion. pic.twitter.com/j71Gtc7C6d

It’s not a caption competition unless you say so. 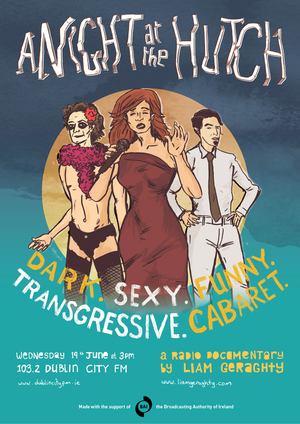 My radio documentary ‘A Night at the Hutch’ will be broadcast on 103.2 Dublin City fm today at 3pm and can be streamed live here.
A Night at the Hutch tells the stories of three performers at Bunny’s Hutch in Pantibar [Capel Street, Dublin]. Chris Rowan (Bunny – a drag queen), Anna MacCarthy (Julian Mandrews- a drag king) and Ciaran O’Keefe (former Miss Alternative Ireland – Smilin’ Kanker).
Over the course of one eclectic cabaret night at Pantibar, Dublin – while their alter-egos perform on stage – we go behind the make-up as the performers tell the stories of how they came to be. The documentary will be podcast after it’s broadcast.