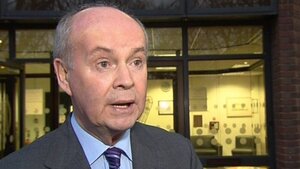 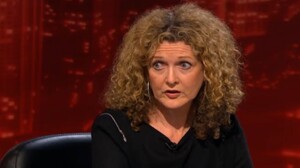 Justine McCarthy: “I think this story raises very important and big questions for us as journalists. You know, what should be reported and what shouldn’t. And there are very strong opinion columns in today’s papers. In my own paper, Conor Brady has one and he, of course, is worth reading having been the editor of the Irish Times but also having been the chairman of GSOC. He says this case is about as tentative as can be. He’s making the argument that Pat Carey, as we now know, is the person that the allegation seems to have been made about.”

Marian Finucane: “But we don’t know.”

McCarthy: “No but it seems, because of his resignation, he says he doesn’t know himself. This is now the basis on which the stories are being written, that it is him because of his resignation. He hadn’t been interviewed by the guards, he hadn’t been contacted. But worse, he was never contacted by the Irish Independent, seeking a comment from him before they published this story.”

McCarthy: “There was a mention of the Midlands all right and that, it seemed to indicate the Midlands. But no the name, as the Sunday Business Post says, the name was being circulated amongst politicians and journalists by eight o’clock on Wednesday morning. It was inevitable…”

Finucane: “Yes, but how, who, where, why, what? Do you know what I mean? If he hadn’t been approached, and in his statement he said because people were ringing him for a comment, that it dawned on him that it was he, but that he’s absolutely declaring his innocence and I don’t think the gardaí have approached him.”

McCarthy: “No they haven’t because it seems to be, at the very outset of the process, that the complaint was only recently made. Now it would be natural that the guards would do the investigation of the complaint before they would then, in a case like this, approach the person the allegation has been made about. But I find it extraordinary that whether they were naming the person or not that they did not attempt to contact the person the allegation was made about in order to see was that person prepared to be identified, did that person want to give a response? It’s a basic journalistic exercise and yet his story appeared as the main story on the front of a national paper on Wednesday, I don’t see any justification for it being reported at this stage. And Maeve Lewis, of One In Four, has made the very valid point that this has also potentially caused damage to complainants of sexual abuse because they will look at this and say, ‘well if I go to the guards with my statement, is this going to be on the front page of the Irish Independent next week?’.”

Finucane: “Yeah but I mean we, it is presumed but it is not proven that it came from the gardaí.”

McCarthy: “If you read the reports carefully, it’s quite clear that the information is not coming from the complainant. The expressions used like, ‘it is believed that she first made a statement..’. You know it’s clear the complainant is not talking to them and unfortunately I think this is very typical of a certain media attitude to child sexual abuse stories. It’s almost as if there was a point of fatigue reached and then it turned into a very sensationalist attitude and the consequence of that is that very serious questions about the whole issue are not being addressed. Like how to deal with convicted abusers? How to rehabilitate them into society? These questions are not being dealt with at all because, something which really is quite a voyeuristic, titillating and scurrilous piece of journalism is getting so much exposure.”

Cormac Lucey: “I don’t think papers set out in the public interest, I think they’re commercial entities, under huge pressure, declining coverage and I think that gives rise to the question of whether, given what Noel has said about how this coverage may prevent any prosecution from ever happening whether some tightening up of the law is required…”

Lucey: “Correct. But whether the existing sub judice rules need to be expanded somewhat to protect the possibility of a trial in a story like this, to prevent newspapers…”

Finucane: “But they are under pressure for circulation.”

McCarthy: “To say that to create a public interest motive is in general, in general practice…”

Lucey: “When I get up I do not start, ‘what is in the public interest?’.  I think, what do people want to read? How can I write something that will be insightful…”

McCarthy: “You’re writing about something that is in the news generally. We’re talking about the selection of news stories and public interest is, it is a litmus test that’s used by good journalists and by good editors. That’s why this story is so particularly egregious.”

Lucey: “The law does not need to be changed for good editors and good journalists. The law needs to cover all editors and all journalists. And there’s a real danger, as Noel has described here that neither somebody who has been accused or somebody who has made an accusation will get their day in court and will be able to get some kind of closure.”

McCarthy: “This rebounds on every journalist, whether you work for the Independent group or not because it chips away at our credibility and at what we  do for a living. Now the Irish Independent ran an editorial trying to justify, not just justify the story, but try to make out it was now the victim of what was called, shoot the messenger response, and there is no way that this story was in the public interest.
The motivation for this story was the fact that there was a well-known person involved. It was not about child sexual abuse. There are plenty of stories about child sexual abuse where the system has broken down, where the victims have not had their rights to justice vindicated that could be covered by the paper but they were not sexy stories. And those stories are not being covered and that is one of the biggest, most serious consequences of this kind of journalism.” 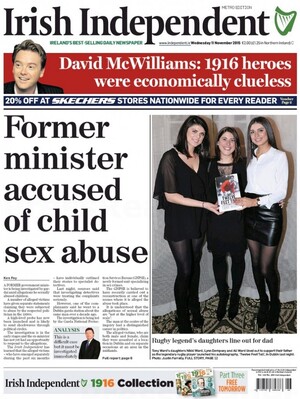 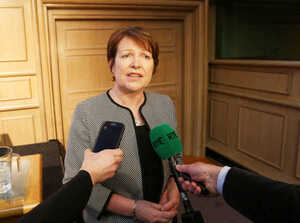 Gardaí are investigating how information in relation to the investigation of a former minister for alleged child abuse became public.

A chief superintendent has been appointed to carry out the investigation.

Garda Headquarters has confirmed that all the circumstances surrounding the disclosure of information in relation to an ongoing criminal investigation are being examined.

…It is the third such investigation into the disclosure of information that has appeared in the media that has been ordered by the Garda Commissioner Noirin O’Sullivan. 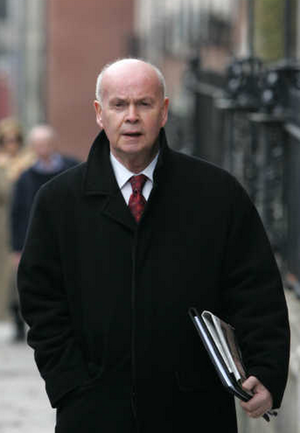 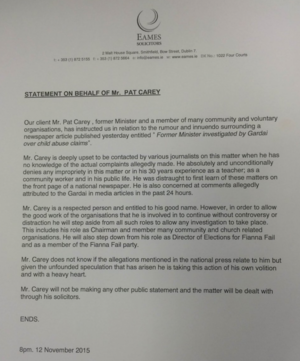 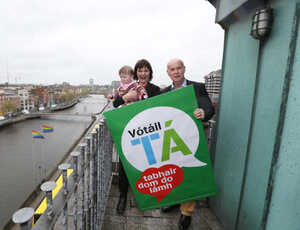 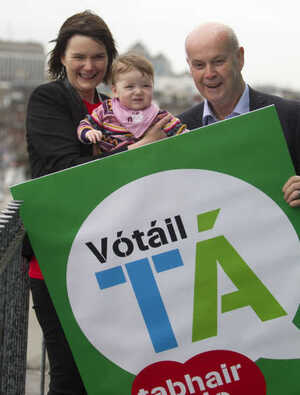 Fine Gael’s Director of Elections for the Marriage Equality Referendum, Minister Simon Coveney and Minster for Arts, Heritage and the Gaeltacht, Heather Humphreys at the launch of Fine Gael’s dedicated Marriage Equality web portal in the Webfactory, 7 Bachelor’s Walk, Dublin 1. Former Fianna Fáil Minister Pat Carey speaking to Sean O’Rourke on RTÉ Radio One this morning about coming out as a gay man, aged 68.

Former Minister Pat Carey will be in studio speaking about his sexuality. Mary O’Rourke, Senator Marie Louise O’Donnell and comedian Al Porter will discuss the phenomenon of ‘Fifty Shades of Grey’ and review the highly anticipated movie.