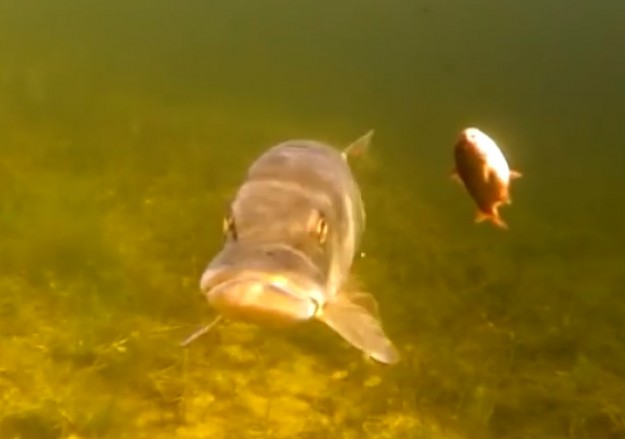 That’s what happens when you make an Irish pike angry…

Previously: The Dead Fish Of Kilcoole 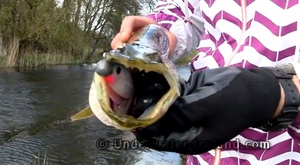 The moment a pike is lured to its DEATH. 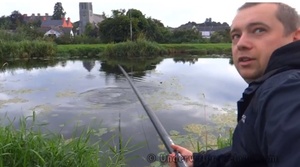 Mariusz Kaminski (above) witnesses a pike attack on the Royal Canal yesterday.

YOU could be next.

Mariusz always does catch and release so this is a very a good example that not all Eastern Europeans are killing the fish in Ireland. I do not want to say exactly where it is because I want the pike to live. The bream was unlucky but we were very, very lucky to witness it because it’s very rare when a pike attacks a fish that size unless it’s huge…… 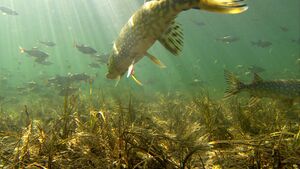 Or leave him to go the way nature intended?

Victor Kutischev, who shot yesterday’s fish post, on the enormous one-eyed pike he has discovered ‘neath the Grand Canal at Robertstown, Co Kildare.

I shot it in the same spot near Robertstown [as the earlier post]. It’s a female. I think she was waiting for spawning (the water temperature was +4/5C and they need about +8/9C). For the canal environment her size is very big and I think she’s old. She is half-blind. It’s hard to say what happened to her eye – maybe it’s the result of ‘catch and release’ because such a big fish like that has no enemies underwater except for humans.
I believe it might die because it will be hard for it to feed with one eye. I’ve contacted Bray Aquarium asking if they could house it and offering them my help in catching him (without hurting him). If you could post info asking the same: who has the facilities and who would be interested to host him? Maybe it would be good to ask pike specialists and non-experts about what they think: should we try to save that pike or leave it as it is? 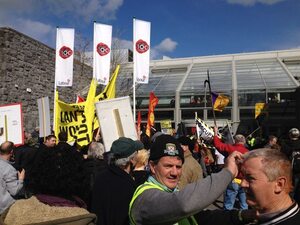