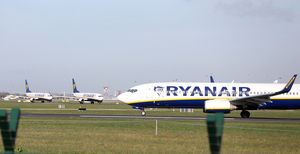 Irish based Ryanair pilots who are members of the Irish Airline Pilots’ Association have voted overwhelmingly to back industrial action.

The union said it would write to management early next week to outline plans for action unless the airline agrees to union pay proposals by Monday.

It says the airline is in a healthy financial position and can fairly reward its pilots.

Ryanair is taking legal action against outgoing chief operations officer Peter Bellew, who is continuing to work out his notice at the Irish airline.

It emerged last month that rival carrier Easyjet had poached Mr Bellew from Ryanair and that he was leaving the Irish airline at the end of this year.

20 new pilots at our Dublin Office, the latest pilots to join #Ryanair pic.twitter.com/uvHbPnDZUV

Come for the bizarrely-timed tweet, stay for the replies… Finding someone back there who can not only fly this plane.

But who can also do their own taxes.

Some of the 6,600 pilots who answered a detailed questioner for the Ghent study described having to pay employer and employee social welfare contributions, while others were in severe difficulties over their tax.

All of this puts them under financial strain as most have flying school debts of €100,000, and amassed further debts qualifying to fly the particular planes used by Ryanair.

The “home base” concept used by Ryanair means that 90% of pilots and cabin crew are based outside their home country and can be moved by the company at short notice.

Jon Horne, a pilot and vice president of the ECA, told the parliament’s employment and social affairs committee that bogus and zero-hour contracts must be banned.

“It is absolute lunacy in aviation. The fact that it can go on is absurd. Would you be satisfied if a surgeon was only paid when he operates, regardless of whether it is safe to do so or not?” he said. 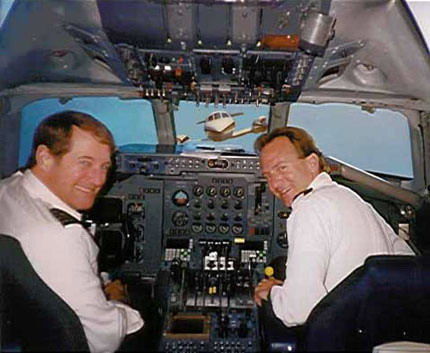 If you’re a nervous flier you might not want to click through to 35 Secrets Your Pilot Won’t Tell You. Highlights include:

“There’s no such thing as a water landing. It’s called crashing into the ocean.” – Pilot, South Carolina

“We don’t make you stow your laptop because we’re worried about electronic interference. It’s about having a projectile on your lap. I don’t know about you, but I don’t want to get hit in the head by a MacBook going 200 miles per hour.” – Patrick Smith

“There is no safest place to sit. In one accident, the people in the back are dead; in the next, it’s the people up front.” – John Nance