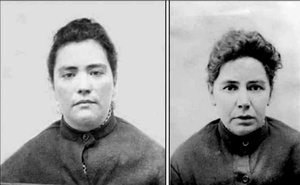 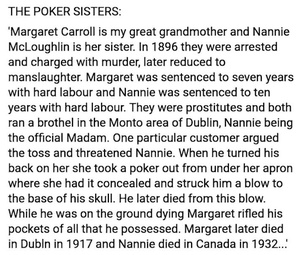 Meet the poker sisters of Monto. by Martin Coffey folklore member.
The sisters ran brothels in Gloucester Lane off Railway Street Dublin. We have in storage the “Monto Cross” that hung over one of the Madams beds & would later be hung over beds of dying prostitutes of Monto. pic.twitter.com/sfp9baVQ1v 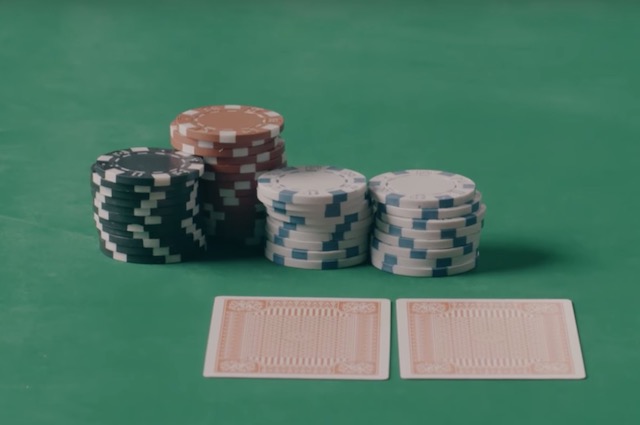 Three professional poker players give blow-by-blow accounts of their most memorable hands.

Or you could hear the glory stories of top Scrabble players. 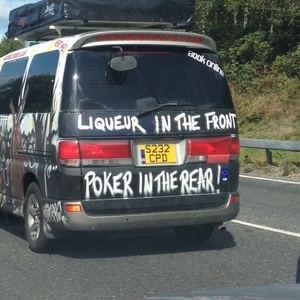 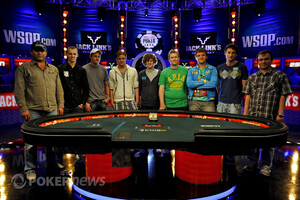 Dubliner Eoghan O’Dea (second from right) has made it through to the November Nine – the final nine contestants at the main event of the World Series of Poker. Eoghan, whose father Donnacha is also a professional poker player, battled his way through a field of 6,865 players and will now head to the final table with the second largest amount of chips.

Eoghan is guaranteed a payday of at least $780,000 for making it to the final table but could earn $8.7 million if he wins the event which will be played out in November.

Eoghan O’Dea from Dalkey, Co. Dublin is currently leading the main event of the World Series of Poker in Las Vegas. There are 10 players remaining from a starting field of 6,865 with a top prize of $8.7 million on offer.

You can watch a live stream of the final table here. 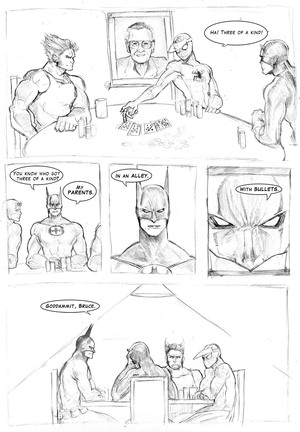