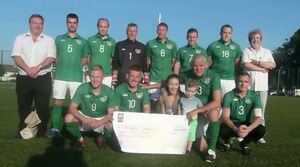 “We attended the official reception put on for them at the Mansion House by the Lord Mayor. We were lucky enough to gauge the thoughts of the Lord Mayor, Oisin Quinn and the coordinator of the Longford Street Soccer League, Antem Eyong.”

Before the Spain-Portugal Euro 2012 semifinal, people in the Poznan fanzone sang ‘Stand Up For The Boys In Green’. What have we wrought? 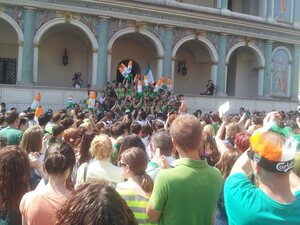 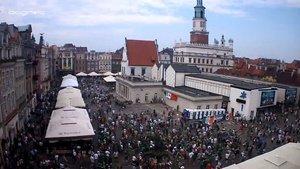 Thanks Elvis and Andrew Smyth 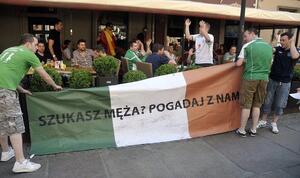 Translation: Looking for a husband? Talk to us. 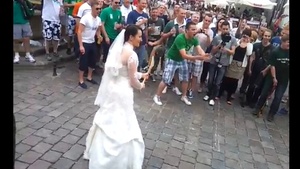 Who got the stick through customs? 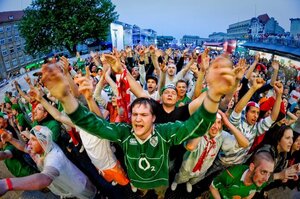 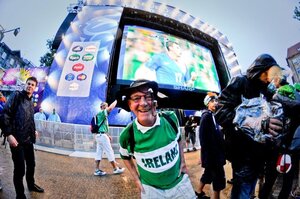 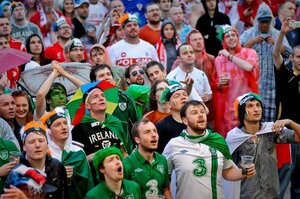 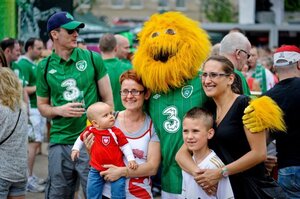 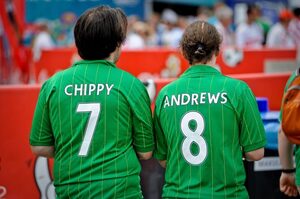 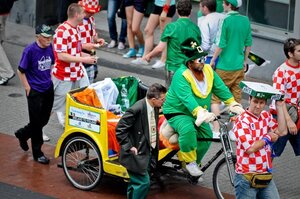 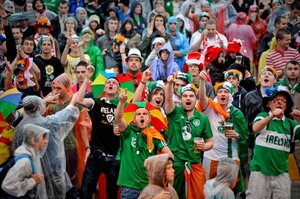 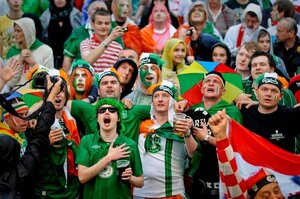 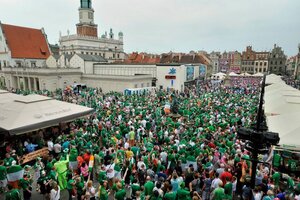 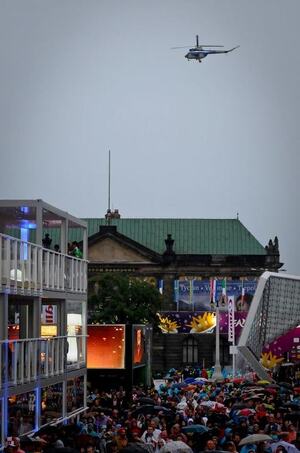 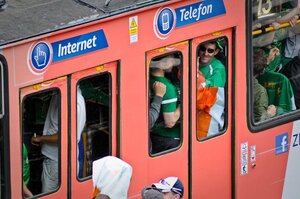 And by ‘there’ we do mean the main square/Fan Zone in Poznan, Poland, last night. 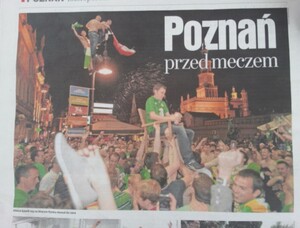 So much to love in this piccy from the local paper in Poznan, but my favourite bit is the random shoe in the foreground 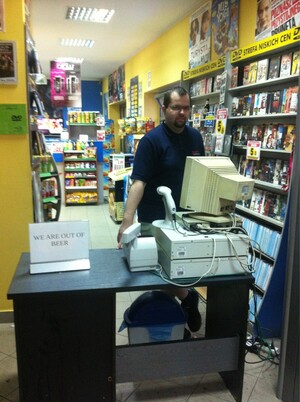 Near the stadium (we think last night).