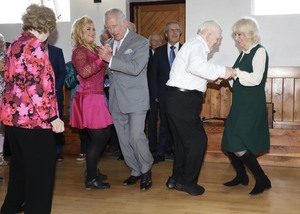 Britain’s Prince of Wales  and the Duchess of Cornwall participate in a traditional céilí. 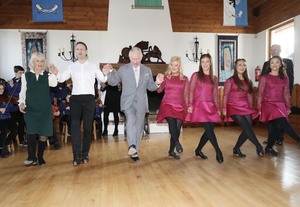 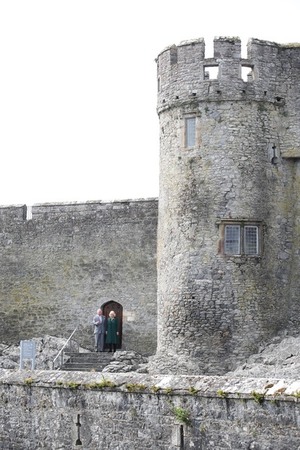 Prince Charles and Camilla are following in the Queen’s footsteps as the monarch visited the Rock of Cashel during her historic 2011 visit to Ireland. The cluster of medieval buildings was originally the seat of the kings of Munster. #RoyalVisitIreland pic.twitter.com/muue8d8V29 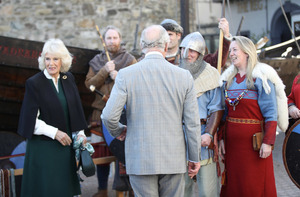 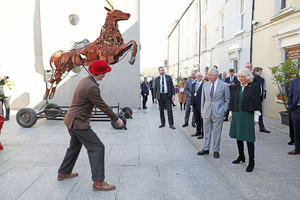 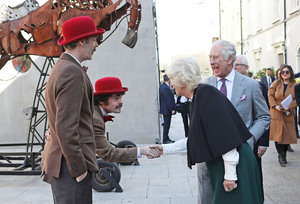 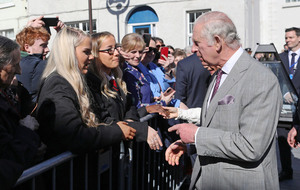 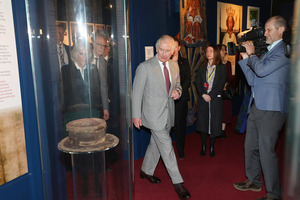 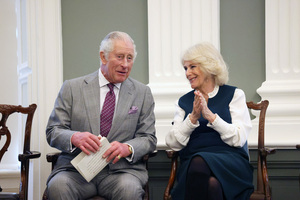 #RoyalVisitWaterford – Prince Charles is expected to make a speech in Waterford City, and meet members of the Ukrainian Community. Camilla to meet winning jockey Rachel Blackmore. More on #DeiseToday via https://t.co/680tDxMHTl with our reporter @kearns_aoife #RoyalVisitIreland pic.twitter.com/6dJydfZHlU

Crowds starting to gather to catch a glimpse of Prince Charles and Camilla #RoyalVisitIreland pic.twitter.com/KNYYMnoB95 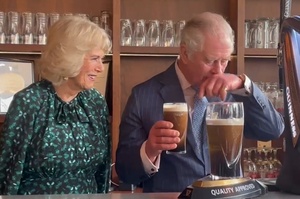 Love is…. Pointing out to your husband that he has a spot of Guinness on his nose 😊 pic.twitter.com/HZ2jCdNFFi

And a bit faster! pic.twitter.com/O0tUOAG6Yd 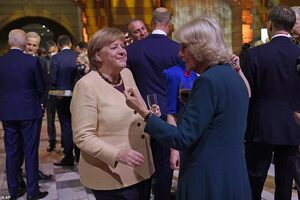 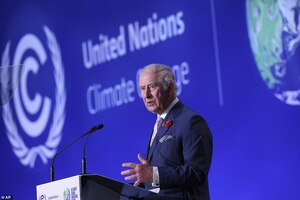 “You all carry a heavy burden on your shoulders, and you do not need me to tell you that the eyes and hopes of the world are upon you to act with all dispatch, and decisively because time has quite literally run out.”

“The recent IPCC [UN’s Intergovernmental Panel on Climate Change] report gave us a clear diagnosis of the scale of the problem. What we will do with a growing global population, creating ever increasing demand on the planet’s finite resources.

“As we tackle this crisis, our efforts cannot be a series of independent initiatives running in parallel, the scale and scope of the threat we face a call for a global systems level solution based on radically transforming our current fossil fuel based economy to one that is genuinely renewable and sustainable.

“So there’s going to be my plea today is for countries to come together to create the environment that enables every sector of industry to take the action required.”

“Here we need a vast military style campaign to marshal the strength of the global private sector with trillions at his disposal, far beyond global GDP, and with the greatest respect, beyond even the governments of the world’s leaders.”

Six of the most melodramatic warnings from COP26 (The Spectator) 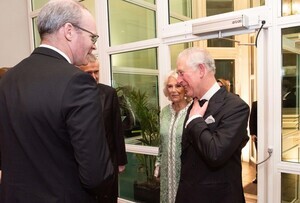 The Prince of Wales has tested positive for coronavirus and is displaying mild symptoms “but otherwise remains in good health”, Clarence House has said.

A Clarence House spokesman said the Duchess of Cornwall had also been tested but does not have the virus.

Ah here.. Another high profile case.. And not one case do I know tested positive, applied myself to be tested 8 days ago. Still waiting..3 days symptoms gone, Nobody else in my house not well.@broadsheet_ie 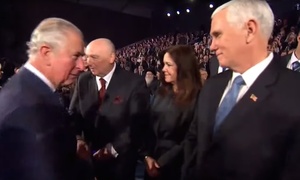 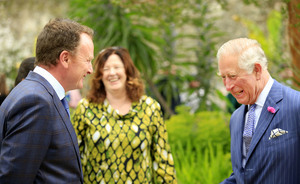 She must be a plant. 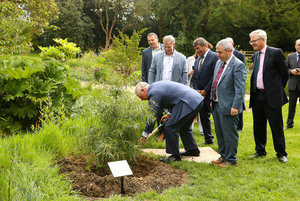 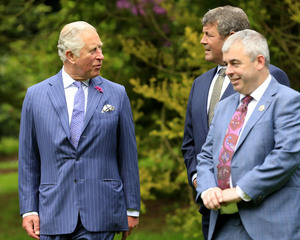 Britain’s Prince of Wales visited the National Botanic Gardens where he planted a tree and encountered Fine Gael TD Andrew Doyle (above centre) and Independent Alliance TD Kevin ‘Boxer’ Moran (above right) on the second day of his visit to Ireland.