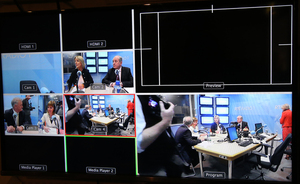 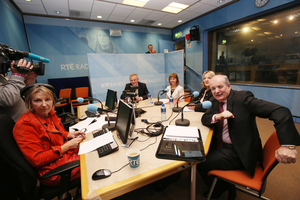 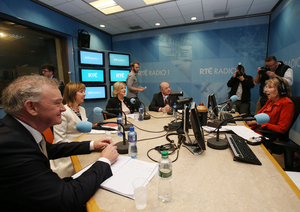 In RTÉ Radio One studio this afternoon

As a final question, Ms Lawlor asked each candidate why they chose to run for president – giving each of them 30 seconds to answer.

“Going around Donegal, talking to the schools in Donegal, I asked them, I said ‘hands up who’s leaving Donegal when you get your Leaving Cert? Every hand in the room went up and I said how many of you see yourselves living in Donegal in ten years’ time. And only about two or three hands went up. That was really the moment that made me think: now we have to do something to stop the outflow of people from rural Ireland.”

“It is a huge challenge to take on. But over the last two years, I was researching for a book, called The Ten Amendments: The Constitution, What Needs to Change. I don’t think people living in Ireland realise how much our society is changing. I welcome the change, it’s a very open and inclusive society. But I do think come the foundational events commemorations of 2021 and 2022, we need to have a dialogue and a discussion about what type of society, a more compassionate society we’d have at the start of the second 100 years of our freedom.”

“It was my decision because I think we’re at that time in our history where we can shape a new Ireland. I’m young, I’m energetic, I’m dynamic, I have the credentials and I want to lead the country into a new Ireland for a new president and that’s where I’m at. Because look, we can’t let history shape the next seven years we have to create our own and we certainly have the opportunity to make it a more inclusive and caring Ireland and we cannot afford to carry on having such poverty. We need to address all those things from a governmental point of view as well, not just community.”