A relentless focus on seeming bad behaviour of a minority may have the unintended consequence of suggesting to those adhering to guidelines, at great personal cost, they shouldn’t bother.

We can positively reinforce good behaviour, as well as proportionately criticising the bad 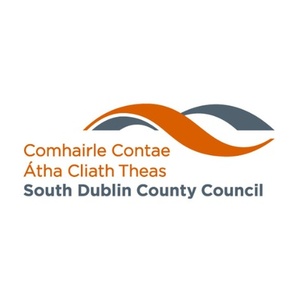 We had an issue yesterday at one of our playgrounds where people had clearly taken down our closure signage and brought their kids in. Simply put, don’t do this and we will notify An Garda Síochána if we see this happening. Social Distancing is as important now as it has ever been.

Lock up your children. Isaac Doherty (above) and John Mangan (pic 4) in front of their homes at the former halting site in Balgaddy, Clondalkin, Dublin, where a number of traveller families including 28 children face eviction. The site was due to be cleared today by South Dublin County Council. Pavee Point Traveller and Roma Centre is calling on Minister for Housing, Eoghan Murphy TD to intervene and ban Traveller evictions until the Traveller accommodation crisis is over

Here in Balgaddy in West Dublin where South Dublin County Council is to evict 3 Traveller families today. The families say they’ve nowhere to go. Security and vehicles waiting outside. A van is blocking the entrance to the site. pic.twitter.com/JnWll28vmR

This afternoon, in Balgaddy, west Dublin.

A number of Traveller families, including 28 children, are to be evicted.

They say they have nowhere to go.

Pavee Point Traveller and Roma Centre is calling on Minister for Housing, Eoghan Murphy TD to intervene and ban Traveller evictions until the Traveller accommodation crisis is over.

Today five families including 28 children face eviction from an old school site in Balgaddy, Clondalkin where they have been living since last year.

The families agreed to move by today – but there is nowhere else for them to go.

Meanwhile an independent review of Traveller accommodation law is currently underway through the Department of Housing and due to be published in April.

“Twenty years of failed accommodation policies has resulted in this crisis for Travellers. There has been an underspend of €55 million on Traveller accommodation since 2000.

Traveller family with 28 children to be evicted from west Dublin site (Kitty Holland, The Irish Times)