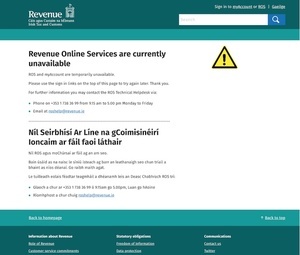 This is THE day taxes are due if you file online and you currently cannot file online.

It’s been offline for a few hours…

Will Revenue extend the deadline? No information given on website? 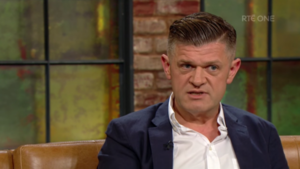 The Drinks Industry Group of Ireland (DIGI) today called for a reversal in the tax increases on alcohol that were introduced in last year’s budget, as almost a pub a day closes and sales continue to decline. In a pre-budget submission to Minister for Finance Michael Noonan, DIGI has warned that last year’s tax increases are threatening jobs and tourism and damaging the Government’s tax take.

The Drinks Industry Group of Ireland 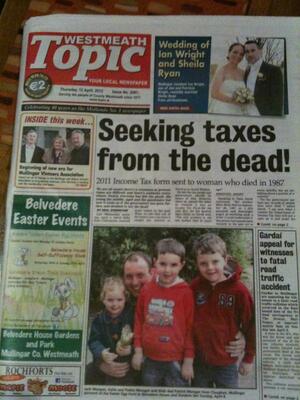