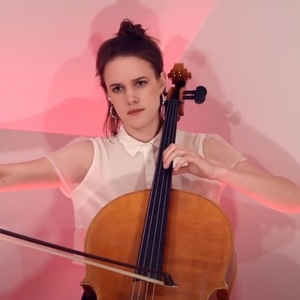 A stirring nine-overlay cover of The Cranberries’ ‘Linger’ by cellist Helen Newby. 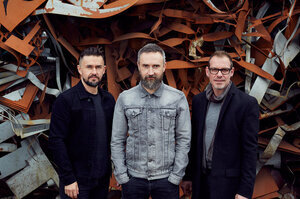 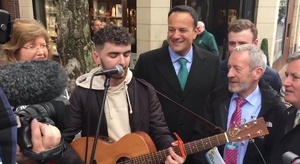 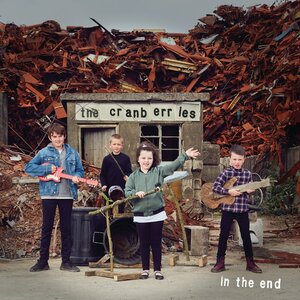 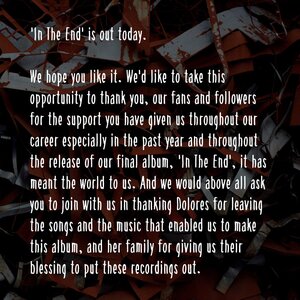 ‘In The End’ is out today. We’d like to take this opportunity to thank you for the support you have given us throughout our career especially in the past year, it has meant the world to us.

‘In The End’ can be downloaded or streamed here

In The End: An interview with The Cranberries (Limerick Post) 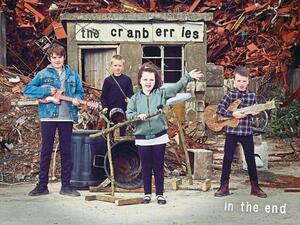 A night celebrating The Cranberries is due to take place in their home town of Limerick on Thursday April 25.

The event has been organised to honour the group’s late singer Dolores O’Riordan. Fans will be treated to an exclusive playback of the final Cranberries album ‘In The End’ (above), which is released worldwide the following day.

The band had written and demoed the songs for their swansong before Dolores’s untimely passing last year.

Fans can gain access to the event by pre-ordering the album from Steamboat Records in Limerick online or in store.

Speaking on the anniversary of her daughter’s death in January, Eileen O’Riordan said:

“I can’t think of a more fitting way to commemorate Dolores’s passing than to announce to the world the release of her final album with the band.” 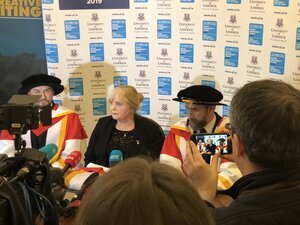 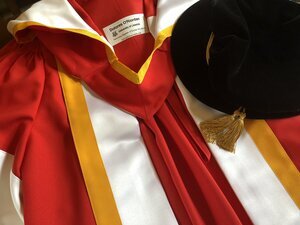 From top: Eileen O’Riordan (centre) with two members of The Cranberries Mike Hogan and Noel Hogan at the University of Limerick; honorary cap and gown for the late Dolores O’Riordan

The university conferred Honorary Doctorates of Letters on the band members of The Cranberries.

Guitarist and songwriter Noel Hogan, bassist Mike Hogan and drummer Fergal Lawler were all presented with the doctorates while Eileen O’Riordan, mother of the late singer Dolores O’Riordan, was presented with a posthumous Honorary Doctorate of Letters for her daughter.

“UL had initially planned to present these doctorates to The Cranberries in April 2017, however promotional and rehearsal commitments prevented the band from being available to accept the honour at that stage.

“It is with very sad regret that since that time the world and more importantly her family and band mates have lost Dolores O’Riordan and her incredible voice.

“We very much appreciate her family’s presence here today and particularly her mother Eileen who is accepting this Honorary Doctorate on Dolores’ behalf.” 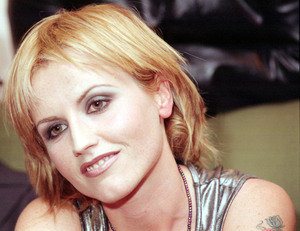 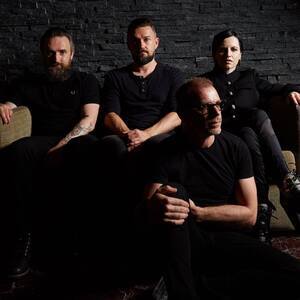 The remaining members of The Cranberries Mike and Noel Hogan and Fergal Lawler debuted their song All Over Now – with vocals by the late lead singer Dolores O’Riordan – on BBC Radio Two.

It can be listened to from here or from the Spotify link above. 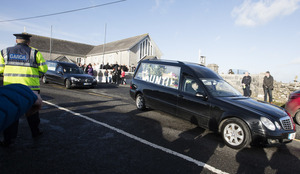 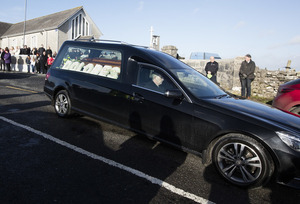 Outside the funeral mass for Dolores O’Riordan, Limerick native and lead singer with ‘The Cranberries’.

WATCH: ‘Her talent was worth its weight in gold’ – Dolores O’Riordan’s funeral takes place in Limerick (Limerick Leader) 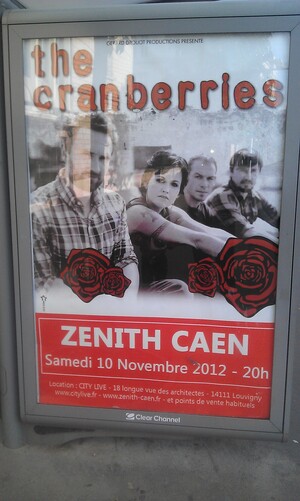