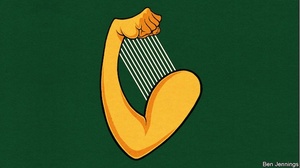 Ireland’s policy of neutrality helps it avoid unpopular military entanglement. But it is in the EU where it shows true diplomatic dexterity https://t.co/Nz48NvYFMl

What can I say?

How Ireland gets its way (The Economist) 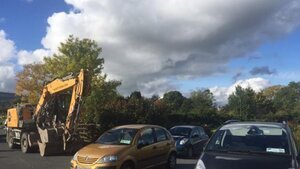 Travellers—Ireland’s only indigenous ethnic group—have existed for centuries, though there is no academic consensus on when the community became distinct. They have their own language known as Cant, which seems to be a mix of Irish, English, Hebrew, Latin and Greek.

Historically, they lived in caravans in encampments on the side of the road or in fields. But today, most of Ireland’s 30,000 travellers live in houses permanently or reside in halting sites, especially built to accommodate mobile homes. Here, they exist in an uneasy balance, neither properly settled nor free from a long history of marginalisation and discrimination that has led to high rates of poverty.

Many halting sites, including the one in Carrickmines, are supposed to be temporary. The living conditions in them are often poor, with overcrowding, poor sanitation, little access to water and electricity.

Despite underperforming at school and an unemployment rate of over 80%, travellers seem to have borne the brunt of austerity: between 2008 and 2013 the community experienced cuts of 85% on housing and education schemes.

And travellers make up a disproportionate percentage of the prison population. Men are between five and 11 times more likes to be imprisoned than settled men while traveller women are 18-22 times more likely to be behind bars.

How Ireland’s traveller community remains on the margins (The Economist) 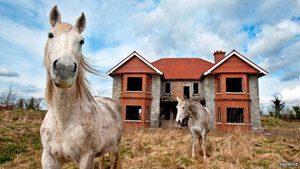 The caption? All That’s Missing Is A Pint Of Guinness.

In case you didn’t get the message.

That it’s Shit On Paddy Week.

Warning: Do not read the estimate of how our finances will look in 2015.