From top: Tom Cullen gets surprised by his nanny Pat; Sophie Barnes Aabo receives tickets to see School of Rock the musical in London; Sophia Maher discusses haircuts and bullying; Lee Cooling is reunited with his sister who lives in Australia

The Late Late Toy Show figures are in.

The Frozen themed spectacular, was watched by an average audience of 1.35 million live on the night, a 76 per cent share of the audience watching television at the time.

The live show had a reach of 1,871,500 viewers who tuned in for a minute or more of the broadcast…

A further 134,000 viewers watched the show on Saturday afternoon on RTÉ One.

On the RTÉ Player, there were a total of 233,000 streams to The Late Late Toy Show from Friday to Sunday .

These streams came from 100 different countries, including Estonia, Kuwait and Honduras.

This was an increase of 8% compared to the same time period in 2018. The first broadcast of The Late Late Toy Show with Irish Sign Language received an overwhelmingly positive response from both ISL users and hearing audiences alike, with over 28,000 streams.

This year’s show was widely lauded on social media with #LateLateToyShow trending number one worldwide on Twitter on Friday night and trending in Ireland across the weekend. 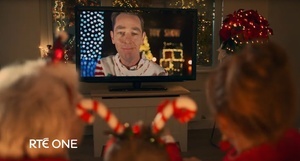 A just ‘unwrapped’ trailer for next week’s Late Late Toy Show which will premiere on RTÉ from this evening.

‘Marshmallows, Christmas jumpers and popcorn angels are the order of the day, as one little boy and his family prepare to settle in to watch the show, and there’s also a special appearance from Gabriel, The Late Late Show owl, named after the late Gay Byrne.

Created by the RTÉ Marketing and Promotions team, the trailer (above) will premiere on television tonight, just before the Six O’Clock News bulletin on RTÉ One… We’re going to save this station.

One product placement at a time.

Considering the audience numbers generated by the LLS toy show the ad rates are no big surprise but the cost of the ‘one for everybody in the audience’ is.

Ever wondered what it costs to give away an audience prize on the show? Well, for a flat media fee of €10,000 – and subject to approval from the broadcaster and the show’s production team- clients will be expected to give away 230 prizes with a minimum value of €150 each.

So doing some quick maths tells me that even if you go with a prize that’s worth the bare minimum a giveaway will cost a company €44.5k.

Earlier: ‘Not So Exceptional’ “Having The Greatest Showman as our theme this year is helping to emphasise the essence of what I believe the Toy Show should be – inclusive.

This year we are celebrating the kid who doesn’t get Snapchatted, or who doesn’t always have someone to sit beside on the bus.

These kids aren’t lonely or unhappy, they just find joy in their own way. This year’s show will be wrapped up in kindness and warmth and humour, so, as the song goes, see you on The Other Side!”

The Late Late Toy Show airs tonight at 9.35pm on RTÉ One. 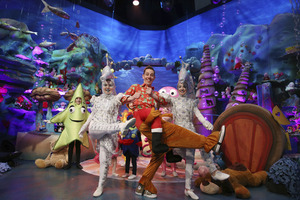 Tonight’s Toy Show theme is ‘Under The Sea’ based on Disney‘s The Little Mermaid. The trailer for this year’s Late Late Toy Show, debuting on RTÉ One tonight.

This year’s trailer goes for a traditional Christmas feel taking inspiration from the classic children’s story The Nutcracker. A young girl settles down to sleep as a festive snow globe twinkles at her bedside.

As she sleeps, the snow globe comes to life with toy soldier – and Late Late Toy Show host – Ryan Tubridy joined by the girl and her friends opening presents and playing in the snow. All to the tune of The Shins’ version of the festive classic Wonderful Christmastime.

The trailer was created by the RTÉ Marketing and Promotions team and features a 5-metre snow globe, miniature snow globes handmade by the production and a group of young actors – and real life friends – from the Empire Dance and Performing Arts Academy in Tallaght.