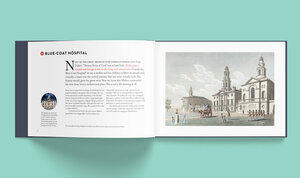 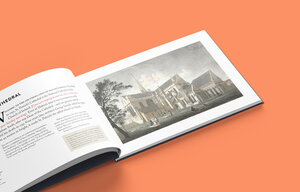 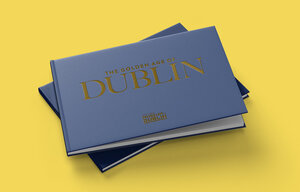 Give The Golden Age of Dublin.

You can’t have spent a day in Dublin without ever spying one of the famous “Malton Trail” signs dotted around the capital. These windows into the past show us what some of our most beloved spots looked like nearly two and half centuries ago.

Created and published especially by the Little Museum of Dublin to accompany our exhibition on the works of artist James Malton, this handsome new book serves a miniature biography of a city at the height of its golden age.

The Golden Age Of Dublin

Simon O’Connor, Of The Little Museum of Dublin, writes:

The above unfolded across the road from the museum [Stephen’s Green] over the course of an hour this afternoon….. 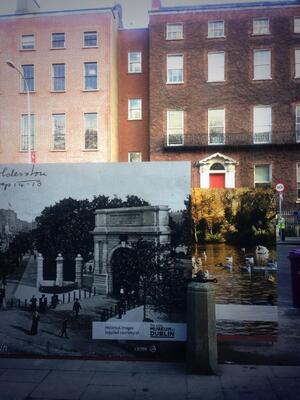 Luas ‘cross-Ccty works at St. Stephen’s Green prettied up by The Little Museum of Dublin.

Previously: Screens On The Green 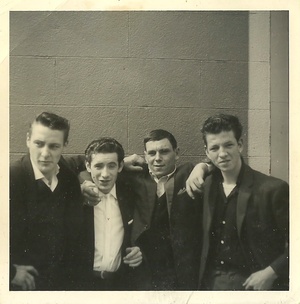 Last week we launched our new photographic exhibition, entitled Where Were You? Inspired by Garry O’Neil’s book of the same name, it explores Dublin’s youth culture and street style from the 1950’s -2000.
We would like the exhibition to reach the widest possible audience, and were wondering if you could help us out. I think many of your readers would be fascinated both by the disparity between today’s youth and what is on display, and the incredible fashion and attitude of some of these youngsters. We’d love to bring the exhibition to the attention of any Mods, Rockers, Punks, Teddy Boys, Skinheads, etc. (past or present!). 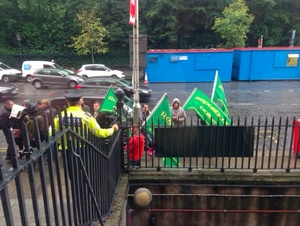 Irish Republican Voice protesting outside the Little Museum of Dublin [Stephen’s Green] now. No one is quite sure why. 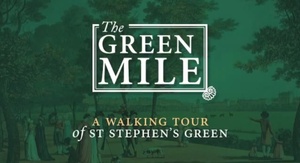 The Green Mile from the Little Museum of Dublin.

A performance based educational amble around Stephen’s Green covering all major statues benches and park ‘lore. Oisin and Gary plan to spend part of their prize-money – €10,000! – creating a swankier version of the guide

The six-month Dublin City Council initiative run by the Little Museum of Dublin invited people to “celebrate” the city in their own unique way.

Result, to be fair. Oisin (left) and Gary at the Little Museum of Dublin today. Massive cheque (out of picture) Thought you guys might be interested in this. I didn’t do it myself but was asked to contribute.

From The Little Museum of Dublin:

People from all over the world are invited to celebrate Dublin in a way that is compelling, innovative and popular. From a few simple words to short films, the competition is open to everyone, amateurs and professionals alike. Entries can be submitted until January 28th 2013. Prizes of €1,000 will be awarded to the winning work in each category and the overall winner recieves €10,000.