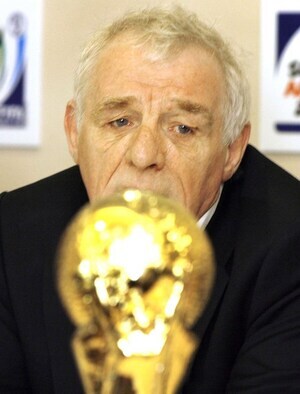 (1/2) Two years ago, I decided not to renew my contract with RTÉ Sport. At the time, they prevailed upon me to stay and, in fact, offered me a rise, a small one, to do so. However, before the World Cup I told them this time, I would be leaving.

(2/2) I intend to focus on my podcast The Stand which is flourishing and has had over 2.3 million listens since we started. That’s where my energy will now be devoted.

In my 40 years with RTÉ, I made many good friends and I wish them the very best for the future.

He wants to spend more time with his new podcast audience.

The Stand with Eamon Dunphy 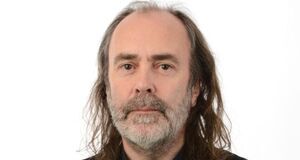 Two episodes today based around the upcoming 8th Amendment Referendum.

First, John Waters made his case for a No vote before he left the studio abruptly: https://t.co/2fD5UGDEog

Second, @UnaMullally for the Yes side who chats at length about the issue https://t.co/F179sJTGs1 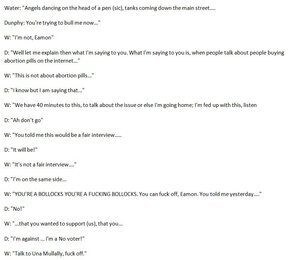 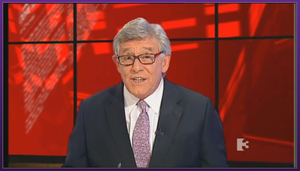 “Eamon [Dunphy] talks to Sam Smyth [above] about journalism, losing his jobs with the Irish Independent and Today FM, being one of the INM 19 and lots more…”

Why Did You Pay To Have These People Hacked?

A Smoking Gun, You Say? 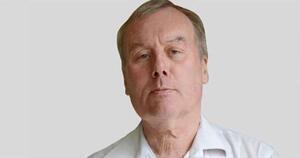 From top: The Stand with Eamon Dunphy podcast; Kevin Myers

Three weeks ago, Eamon Dunphy posted an interview he carried out with Kevin Myers for his podcast The Stand.

This was prior to the fallout of Mr Myers’ column in The Sunday Times on July 30 and his subsequent sacking for the same.

During the 71-minute interview they discussed The Irish Times and Mr Myers’s  time in Northern Ireland, Beirut and Sarajevo.

He told how he wasn’t invited to Queen Elizabeth’s visit to the war memorial  in memory of the Irish soldiers killed in World War I, in Islandbridge, Dublin; and how a journalism student told him he was warned not to mention Kevin Myers’ name if he wanted to proceed on his course; and how media/journalism courses in Ireland teach conformity.

He also lamented the lack of “good columnists” in Ireland under the age of 40, or even 50.

Eamon Dunphy: “Now you got the job of writing the Irishman’s Diary in The Irish Times which was very prestigious. You had some very amazing predecessors in that slot, you might tell us about. But it’s quite onerous because I think it’s three or four times a week?

Kevin Myers: “It was five times a week when I started.”

Dunphy: “Tell me who’d done it before.”

Myers: “Not famous anymore. He was a very, very celebrated man in the BBC and a very funny man and, before that, or well, after him, there was Seamus Kelly whom I never knew. He had a reputation for being very irascible but perhaps that was because he was drunk every morning by 11am and he had terminal cancer for a long time, so that would make you irascible.”

“But, it was, I didn’t want to be a diarist, I didn’t want to be a columnist. It seemed to me to be onerous, too onerous. But it was something that was a marking in the absence of anyone else, somebody else, a journalist in the newsroom pool, would be given the diary to write. So I was doing, they were going down well. Douglas…”

Dunphy: “In journalistic parlance, just to make it clear, a marking is a gig.”

Myers: “Yeah. And, I…Douglas Gageby that then edited The Irish Times didn’t like me at all. And made it very evident that he didn’t like me. He didn’t want me to be employed by The Irish Times but the overwhelming impression, decision amongst his, opinion amongst his senior editors around him, I should be employed, he was emphatically against me being employed as a columnist but, again, there was no one else to do the job.”

END_OF_DOCUMENT_TOKEN_TO_BE_REPLACED 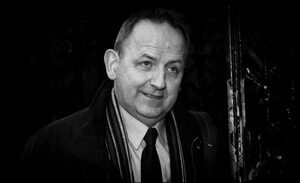 Readers will recall how the O’Higgins Commission of Investigation, led by Judge Kevin O’Higgins, looked into allegations of malpractice made by Sgt Maurice McCabe (top).

After it was published, it emerged that claims made by Noirín O’Sullivan’s senior counsel to the O’Higgins Commission of Investigation – that Garda whistleblower Sgt Maurice McCabe was acting out of malice – were proven to be untrue during the commission.

However, these details weren’t included in Justice O’Higgins’ findings.

The Disclosures Tribunal, led by Supreme Court Judge Peter Charleton, is looking at allegations that a smear campaign was conducted against Sgt McCabe by former Garda Commissioner Martin Callinan – with the knowledge of Garda Commissioner Nóirín O’Sullivan – as alleged by the former head of the Garda Press Office, Superintendent David Taylor.

Michael Clifford, in this morning’s Irish Examiner, reported that the head of HR in An Garda Siochana John Barrett has told the Disclosures Tribunal that a member of Garda management told him that they were “going after” Sgt Maurice McCabe in the O’Higgins Commission of Investigation.

It’s reported this occurred before the O’Higgins Commission started in 2015.

In an interview earlier today for Eamon Dunphy’s podcast The Stand, Mr Dunphy spoke to Mr Clifford about this claim and about the Disclosures Tribunal.

At one point they talked about the media in respect of the Disclosures Tribunal and about how some journalists have ignored letters sent to them by the tribunal. The letters were a means for the tribunal to get answers about any possible contact they had with Supt Dave Taylor in respect of Sgt McCabe.

It should be noted that Supt Taylor has provided the tribunal with a waiver of any journalistic privilege and is not claiming privilege over his identification as the source of any information to journalists relating to Sgt McCabe, while similar waivers have been signed by Garda Commissioner Noirin O’Sullivan and former Garda Commissioner Martin Callinan.

“The media are going to come under focus very much and, personally, I think it’ll be a good thing for the media because if there are faults within how the media operates then they’ll be aired and hopefully we’ll be able to address them in some way.”

“But 23 journalists were named the last day, at the tribunal, as having had contact with David Taylor at this time and the tribunal has indicated, there are, what you might call, varying degrees of co-operation being extended from members of the media as to whether or not they’ll help.”

They also discussed the matters pertaining to the Garda College.

The interview can be listened to in full above.

Readers may wish to note the Disclosures Tribunal will start to hear evidence on Tuesday, July 4.

An opening statement about the tribunal and some of the evidence gathered to date can be read in full here.