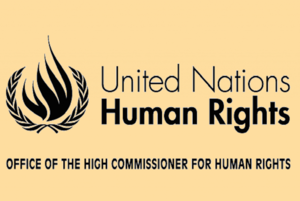 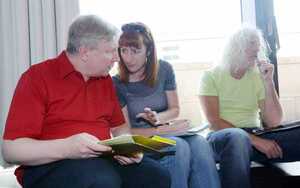 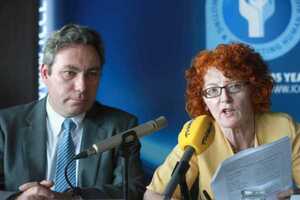 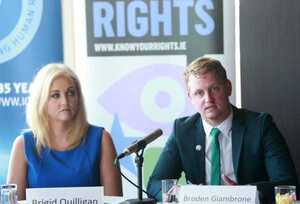 The committee has today responded.

The State party [Ireland] should:
(a) Revise its legislation on abortion, including its Constitution, to provide for additional exceptions in cases of rape, incest, serious risks to the health of the mother, or fatal foetal abnormality; (b) Swiftly adopt the Guidance Document to clarify what constitutes a “real and substantive risk” to the life of the pregnant woman; and (c) Consider making more information on crisis pregnancy options available through a variety of channels, and ensure that healthcare providers who provide information on safe abortion services abroad are not subject to criminal sanctions.

On institutional abuse of women and children

The State party should conduct prompt, independent and thorough investigations into all allegations of abuse in Magdalene Laundries, children’s institutions and mother and baby homes, prosecute and punish the perpetrators with penalties commensurate with the gravity of the offence, and ensure that all victims obtain an effective remedy, including appropriate compensation, restitution, rehabilitation and measures of satisfaction.

The State party should initiate a prompt, independent and thorough investigation into cases of symphysiotomy, prosecute and punish the perpetrators, including medical personnel, and provide an effective remedy to the survivors of symphysiotomy for the damage sustained, including fair and adequate compensation and rehabilitation, on an individualized basis. It should facilitate access to judicial remedies by victims opting for the ex-gratia scheme, including allowing a challenge to the sums offered to them under the scheme.

On non-consensual psychiatric treatment, use of electroshock and other restrictive and coercive practices in mental health services

The State party should ensure that non-consensual use of psychiatric medication, electroshock, and other restrictive and coercive practices in mental health services, is generally prohibited. Non-consensual psychiatric treatment may only be applied, if at all, in exceptional cases as a measure of last resort where absolutely necessary for the benefit of the person concerned, provided that he or she is unable to give consent, and for the shortest possible time without any long-term impact and under independent review. The State party should promote psychiatric care aimed at preserving the dignity of patients, both adults and minors. It should also amend the definition of voluntary patient under the Mental Health Act, 2001 so that the term only refers to a person who consents to admission and treatment, and bring the Assisted (Decision-Making) Capacity Bill of 2003 in line with international standards on the rights of persons with disabilities.

On imprisonment for failure to pay fines

The State party should fully implement the Fines (Payment and Recovery) Act 2014 to provide for a community service order as an alternative to imprisonment for failure to pay court ordered fines or civil debt, and ensure that in no case is imprisonment used as a method of enforcing contractual obligations.

On the right to counsel

The State party should guarantee, in law and in practice, the right to counsel prior to interrogation, and take concrete steps to facilitate the presence of lawyers during interrogation.

On asylum-seekers and refugees

The Committee recommends that the State party take appropriate legislative and policy measures to establish a single application procedure with a right of appeal to an independent appeals body without further delay, including the adoption of the 2008 Immigration, Residence and Protection Bill. It should also ensure that the duration of stay in Direct Provision centres is as short as possible and introduce an accessible and independent complaints procedure in Direct Provision centres.

The State party should ensure that effective and appropriate assistance and protection is afforded to potential victims of trafficking, including by adopting without further delay the necessary acts of legislation which are compatible with international legal standards.

On freedom of religion

The State party should take concrete steps to amend articles 12, 31 and 34 of the Constitution that require religious oaths to take up senior public office positions, taking into account the Committee’s general comment No. 22 (1993) concerning the right not to be compelled to reveal one’s thoughts or adherence to a religion or belief in public. It should also introduce legislation to prohibit discrimination in access to schools on the grounds of religion, belief or other status, and ensure that there are diverse school types and curriculum options available throughout the State party to meet the needs of minority faith or non-faith children. It should also amend Section 37(1) of the Employment Equality Acts in a way that bars all forms of discrimination in employment in the fields of education and health.

On Travellers and Roma

The State party should take concrete steps to recognise Travellers as an ethnic minority group, and amend the Housing Act of 2002 to meet the specific accommodation requirements of Traveller families. In light of the abolishment of the National Action Plan Against Racism, the State party should adopt an effective policy and action plan, developed in consultation with Traveller and Roma communities, to redress situations of inequality.

Read the document in full here

Previously: It Won’t Be Pretty 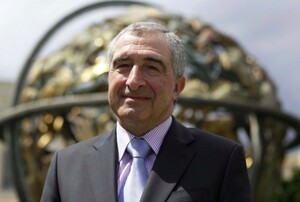 Over the last two days the UN Human Rights Committee in open hearings in Geneva, Switzerland has been examining Ireland’s human rights record.

The committee’s chairman Sir Nigel Rodley closed proceedings today with an address that included the following..

“the Magdalene Laundries, the Mother and Baby Homes, the child abuse, the symphysiotomy – it’s quite a collection and it’s a collection that has carried on [for a] period that it’s hard to imagine any state party tolerating. And I guess I can’t prevent myself from observing that [they] are not disconnected from the institutional belief system that has predominated in the state party.”

“the recognition of the primary right to life of the woman who is an existent human being has to prevail over that of the unborn child and I can’t begin to understand by what belief system the priority would be given to the latter rather than the former. It is good to see that in 2013 at last that is clearly being clarified. I’m sorry that the clarification does not extend to the health of the woman.”

On the Protection of Life During Pregnancy Act:

“Life without quality of life is not something many of us have to choose between, and to suggest that regardless of the health consequences of a pregnancy a person may be doomed to continue it at the risk of criminal penalties is difficult to understand, even more so arguably for rape where the person doesn’t even bear any responsibility and is by the law clearly treated as a vessel and nothing more.”

Amazing: Gov accepts abortion law discriminates against women who cannot afford to travel, says “we have no solution to that”. #iccpr

and regrets that Irish law does not protect health of woman. #ICCPR 2/2 — Mairead Enright (@maireadenright) July 15, 2014

Says state tries to respond to breaches such as symphysiotomy with material remedy. What is it going to do about accountability? 1/2 #ICCPR — Mairead Enright (@maireadenright) July 15, 2014

What is state going to do re: its accountability and that of 3rd parties? 2/2 #ICCPR 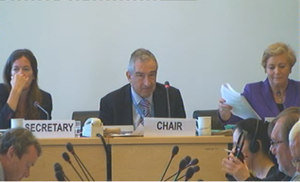 Nigel Rodley, UN Human Rights Committee chair says the issue of symphysiotomy has been “keeping him awake at night!

Minster admits that symphysiotomy was done without knowledge or consent of the woman!

Watch proceedings at the UN Rights Committee in Geneva here 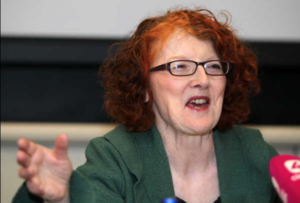 Marie O’Connor from Survivors of Symphysiotomy

“I raise a very serious breach of human rights not on the list of issues.

Ireland’s continuing refusal to admit that the practice of symphysiotomy from the 1940s to the 1980s was a human rights abuse has brought us here. Ireland was the only country in the world to do these childbirth operations in preference to Caesarean section. Religious ideology and medical ambition drove the surgery.

An estimated 1,500 women and girls, some as young as 14, had their pelvises broken, gratuitously, by doctors who believed in childbearing without limitation. Life long disability, chronic pain, mental suffering and family breakdown followed.

Patient consent was never sought: women were operated upon wide awake and often screaming: those who resisted were physically restrained. This was torture, cruel, inhuman or degrading treatment.

The State has failed to provide an effective remedy. There has been no independent inquiry, only two whitewash reports published 13 days before this hearing. The revival of symphysiotomy was a mass medical experiment that sharpened the need for patient consent, yet the government’s Walsh report justifies the involuntary performance of these operations.

There has been no restitution, only an ex gratis scheme – set out in the Murphy report – that our members have unanimously rejected. The scheme is based on the official lie that these operations were medically acceptable: it forces women to waive their legal and constitutional rights before they know the outcome of this State process. There is to be no independent board, women will have no right to independent doctors, nor will their lawyers have a right of audience.

The State claims it was not liable but these operations were carried out by State employees, and done in private hospitals providing services on behalf of the State, under its supervision.

We ask you to urge the State to finally vindicate the rights of these women under the Covenant.”

Marie O’Connor speaking at the United Nations Office of The High Commissioner for Human Rights in the last hour.  In total, 16 civil society organisations from Ireland will give brief speeches to the UN Human Rights Committee today.

The committee monitors states’ compliance with the International Covenant on Civil and Political Rights, which Ireland signed in October 1973 and ratified in December 1989.

Later today Justice Minister Frances Fitzgerald and her team of officials will go before the committee for three hours, followed up by another three hour session tomorrow morning.