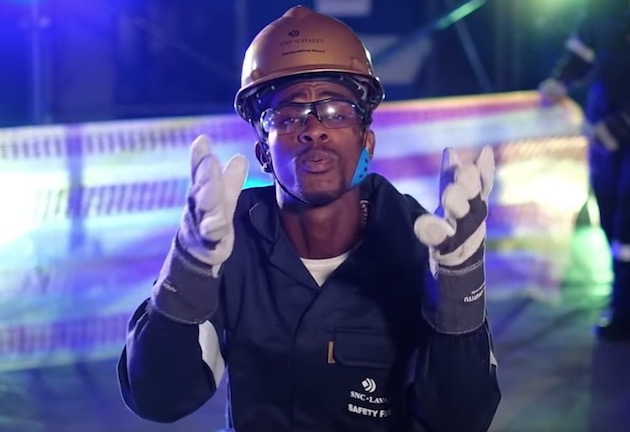 The winner of a recent safety song competition by SNC Lavelin to promote safety in the workplace. 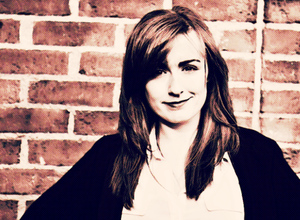 I’ve always been very open when it comes to talking about my teenage school absences due to depression and anxiety. However, when it comes to explaining why mental health issues have pulled you out of the workplace even I find myself stuck for words.

They say we’ve broken down the barriers and removed the stigma surrounding mental health in Ireland but, in my experience at least, that isn’t entirely true.

For the past two years or so I’ve been struggling to understand why I don’t feel as happy as I used to. From the outside looking in you’d probably never believe that I struggle at all. I make YouTube videos, I blog, I do TV spots and radio slots and I give 100 per cent no matter where I’m working.

I started attending therapy sessions to help me get a grip on anxiety issues I’ve had since I was a small child but this month, after a rather relentless series of self-esteem battering events in December left me feeling particularly desolate, I finally decided it was time to go and see a doctor.

“You’ll be grand” the only available GP assured me after asking a series of standard questions. “You’ve just had a bit of a terrible time of it. Go out with your girlfriends and go to your therapy. You’ve no biological symptoms. You don’t need anti-depressants.”

Three days later I found myself inexplicably frozen in front of my keyboard and suffered a panic attack so massive that I blacked out in the office kitchen. Within hours I was sobbing in my own GP’s office as she diagnosed me with reactive depression and wrote out the prescription I so clearly needed.

Anyone who deals with mental health issues will tell you that getting to the point where you CAN cope is probably one of the most important journeys you’ll ever go on. I had to do it when I was 15 and now, at 25, I’m doing it all over again. Unfortunately for me, I’ve had to quit my job to be able to do so.

It was an incredibly tough decision to make, especially given the “jobs are scarce, hold on to one when you get one” mantra that’s been drummed into us post Celtic Tiger cubs since the day we left secondary school in the late 00s. I waltzed into UCD in 2008 just before the Bank Guarantee and departed DCU in 2012.

I decided to give up a steady job in 2013 because I was so down that I needed to take a break to cope. “Employers won’t look favourably on you with a gap in your CV”, I was told at the time. It was the LAST thing I needed to hear and ultimately inspired me to take on an incredible new job I wasn’t at all ready for.

Within four months I was so inexplicably ill that I was being pumped full of steroids, having every blood test and scan under the sun, and ended up having to quit that job too.

I spent summer 2014 in an odd sort of limbo before I finally decided it was time to get back in the game in August.

Breaking back into the media world ain’t easy but an incredible opportunity popped up on Twitter so I applied for what would have been my dream internship. I was told I’d made it past the first round of email applications and asked for more details. I sent on my CV and a rather detailed message explaining that I’d been ill and was willing to work incredibly hard to rebuild the career I’d put on hold.

Imagine my excitement when I got the phone call to say the internship was mine? And the utter devastation when I discovered, less than 24 hours later, that it was all part of an elaborate TV prank. I felt like a complete and utter fool.

Luckily enough I managed to secure an incredible position with a wonderful organisation in Dublin that same week, meaning I wasn’t left high and dry.

The experiences and opportunities the incredible team at SpunOut.ie offered me were invaluable and, by virtue of working there, I met people who have actually had quite an important impact on my life in a rather short space of time.

That’s why I decided to ask that first doctor what I should do before I considered quitting such a fantastic job. I was in a state of complete and utter turmoil at the time so what came next was the last thing I expected to hear:

“Well it won’t exactly look great now will it? When the next lot ring them up and they have to say ‘oh well y’know, she just didn’t come in’. You’d be better off staying until you get something you can cope with.”

I’m 25 years old, have had previous experience with mental health issues, written about them and spoken to teenagers in schools about them and yet I found myself utterly dumbstruck. Don’t get me wrong, I know the world is no picnic, but in two sentences one person had managed to utterly destroy my hopes of ever being able to find a job again.

I did quit the job after that massive panic attack, knowing full well that I couldn’t cope and was of no use to anyone in my current state. The thought of offering less than 100 per cent is unacceptable for me as I pride myself on my professionalism.

In the days that followed I found myself thinking how that doctor’s words might have affected someone even more vulnerable than I? Would they have had support to help them find their way back from the edge? Or had I just had a very clear glimpse of the way in which people become a statistic?

It rocked me to my core and, as I spoke to friends and former classmates, I realised that the stigma is still alive and well. Even among the generation that now speaks so openly about these issues.

From the Career Guidance classroom to the workplace, we’re continuously told that leaving a gap in your CV isn’t a good idea. Employers want to know that you’re the kind of person they can depend on and there’s nothing wrong with that. Work is work and business needs to be done.

However, we’d hardly balk at a gap in a CV if it was due to a life-threatening illness, right?

So why do we still feel so ashamed or scared to say we’ve had to take time out because we’re struggling with a mental health issue? Why can a doctor tell me it “doesn’t look good” to say I’ve had to quit a job because I can’t cope thanks to a biological function I have zero control over?

Thankfully I’ve worked for some wonderful people and never been denied a job as a result of my own struggles. That doesn’t mean I amn’t terrified that it will happen at some stage though.

The words “employers won’t look favourably on you with a gap in your CV” and “well it won’t exactly look great now will it? When the new lot ring them up and they have to say ‘oh well y’know, she just didn’t come in” still ring in my ears.

And it’s the same for countless people across the country and around the globe.

Trying to forge a career and build a reputation is difficult at the best of times but when you’re fighting a battle with your own frame of mind it’s a whole different ball game.

There will always be someone willing to step into your shoes so the temptation to stick with it, even when you’re not coping, is all too great.

I was reading a copy of Glamour a few months ago when I came across a particularly excellent column by Dawn O’Porter about self esteem. “Everyone you meet is fighting a battle you know nothing about, be kind always” she wrote, quoting a mantra she’d come across online. It has stayed with me to this day.

Many employers are wonderful at doing just that but it’s safe to say that we’re still not at a place where the stigma has been sufficiently tackled. We need to keep the conversation going and hammer home the fact that mental health illnesses are just as debilitating and life-altering as many physical health issues.

They don’t define those of us who deal with them and they shouldn’t make us less favourable candidates for a job.

Mental health issues are merely a part of who we are and when we learn to cope with them, as I’m doing right now, those of us who live with them can be invaluable assets to any workplace.

You know what I did last summer? (It’s Strawberry blonde) 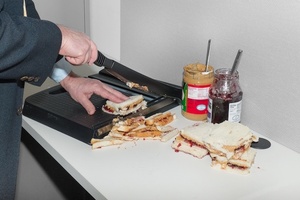 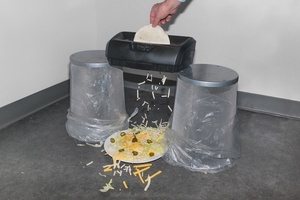 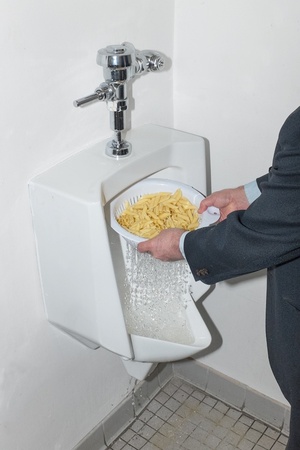 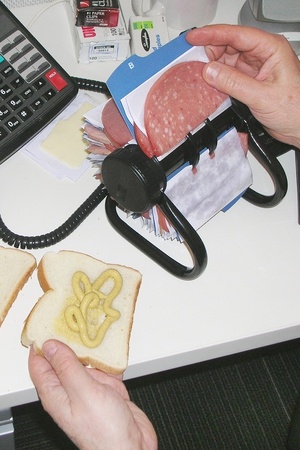 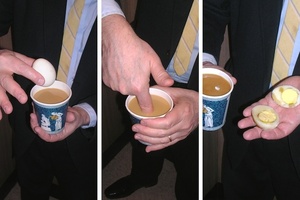 The first rule of food hacking: stop being so narrow-minded and heteronormative by confining your cooking to a kitchen. At work, start your hacking as soon as you enter the building’s lobby. An elevator can easily become an ascending workspace to create an E-Z morning snack. With the help of a piping hot cuppa joe, a stupid, boring raw egg becomes a hard-boiled delicacy. 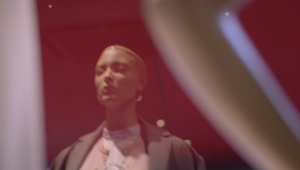 Four workers, including a nurse, a teacher and a clothes store assistant, tell of their experiences in dealing with homophobia in their workplace for a new Anti-Homophobia in the Workplace Campaign launched by BeLonG To and the Irish Congress of Trade Union earlier today – to mark the International Day Against Homophobia and Transphobia. 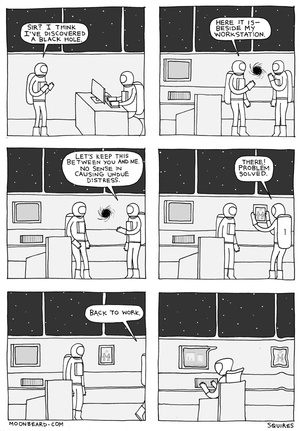