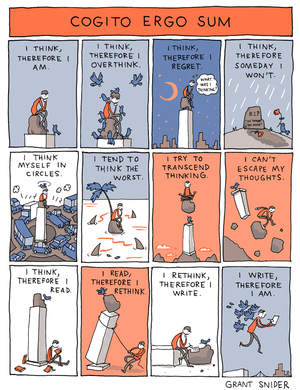 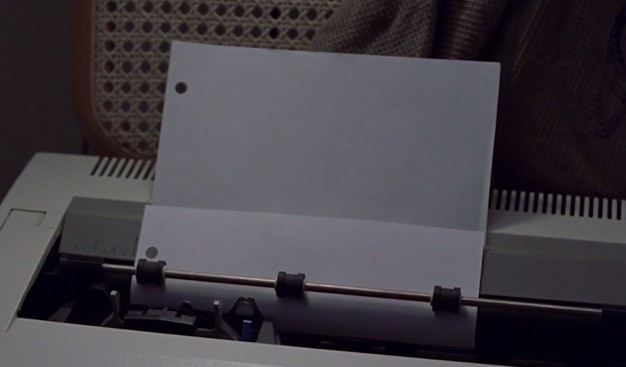 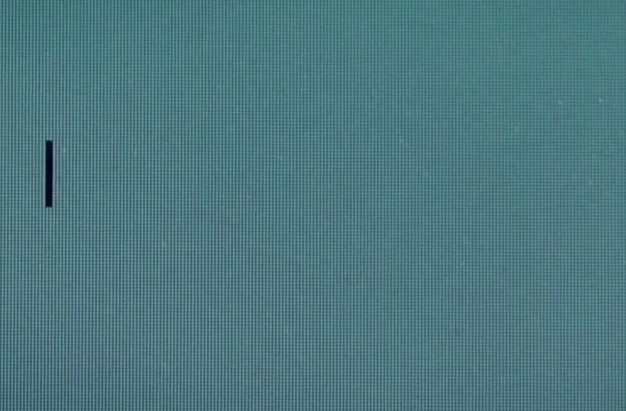 A 53 film supercut of writerly procrastination by editor Ben Watts. 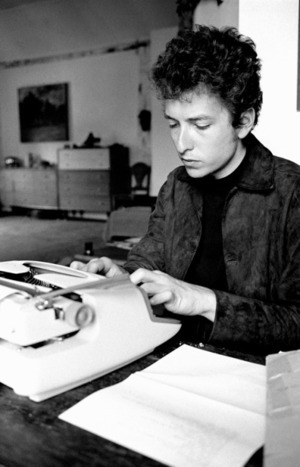 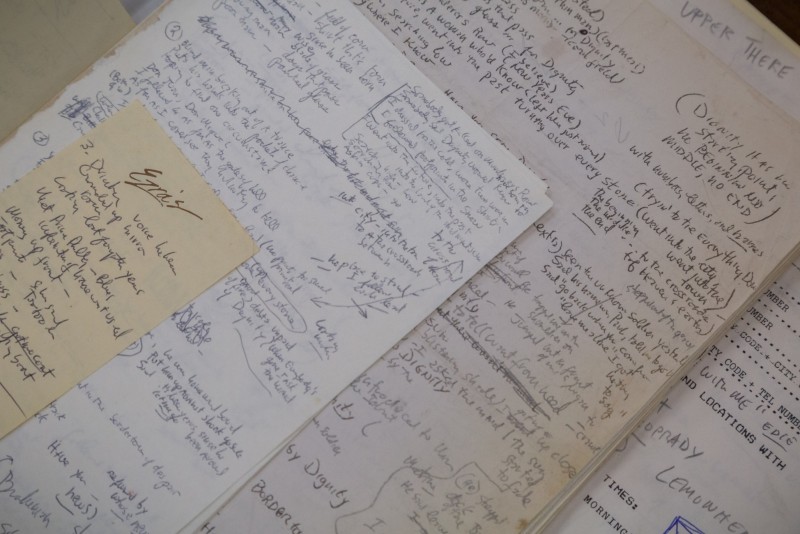 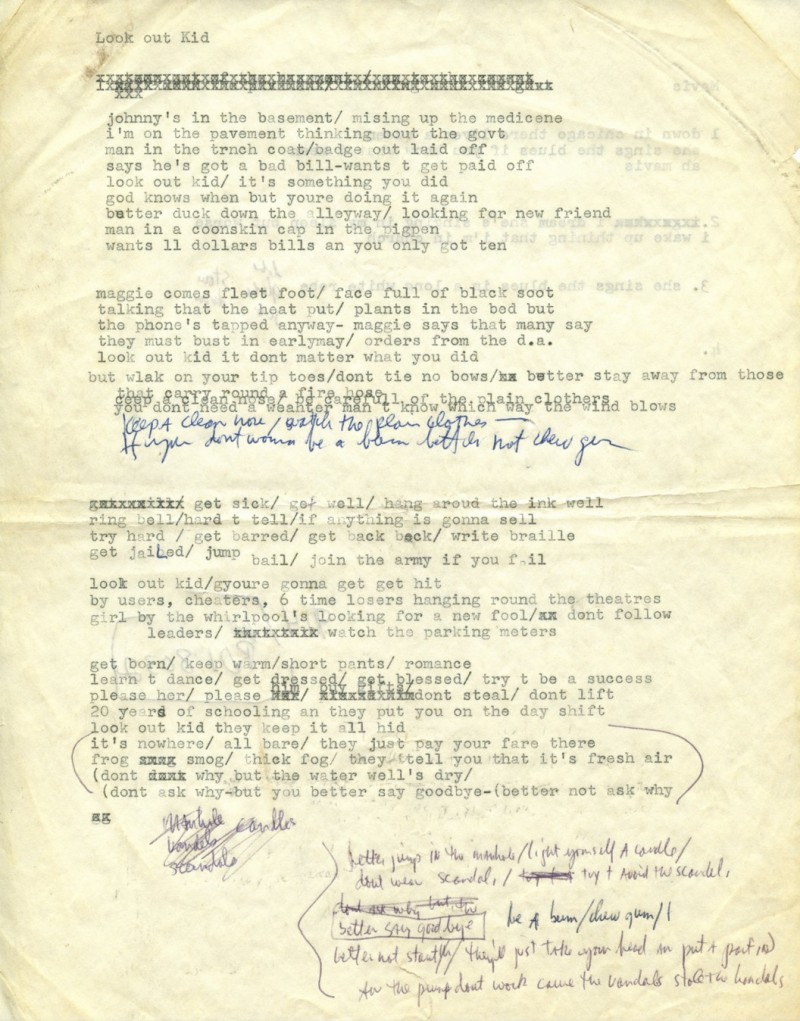 Part of an archive of 6,000 pieces of writing by Bob Dylan recently acquired by a group of institutions in Oklahoma for between $15 and $20 million.

Above: draft lyrics for Dignity (1989), a version of Subterranean Homesick Blues. 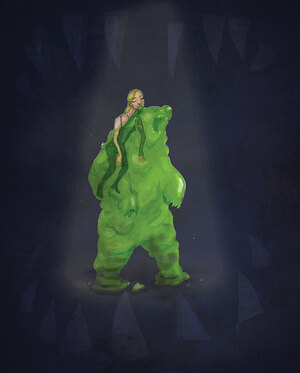 ….I used to have a far greater appetite for crying. I suffered permanently from a condition inspired by that John Berger quote my mother had taught me: ‘A woman is not a woman crying at her father’s funeral. A woman is a woman watching herself crying at her father’s funeral.’ Well actually that’s the way I remember the quote, but that’s in fact inaccurate. And a little heavy.

But the quote always did that thing for me of suddenly shining a bright light on things that hovered in the shadowy corners of my mind, that I couldn’t ever quite pull to the front and understand.

In part it was about a woman’s ability to be both spectator and spectacle, reduce herself to being the performer of some drama, watching herself in the various stagings of life.

Obviously there were a lot of other issues going on in Jon Berger’s quote, but often when I applied it to myself it described a phase when I developed a flair for the dramatic. Prompted from an unchecked desire to observe myself from outside myself, my flair brought me to cast myself as a heroine in apocalyptic landscapes time and again.

There was the time when high on MDMA and covered in mud after being pushed to the ground, I found that my boyfriend who had come to the festival in Lissard with me, had left me there as a punishment for a fight from earlier that day. He was nowhere to be seen and wasn’t answering his phone.

My friend Diane, equally altered, was chatting up the 70-something year-old bus driver who was in charge of getting people out of the festival. She didn’t seem to hear me bleating about where we were going. Eventually we ended up getting off the bus and getting into a car that took us up a road that led into a lane that led to a house resembling something out of Lost Highway. It was shaped like a boat, incredibly modern, and made more mysterious by the fact that I couldn’t remember why we were there. A friendly woman let us in and showed us our room.

There was a cot in the room. Into this I climbed, and began to translate for Dianewhat I had been saying all night – stronzo allucinante – which directly translated as ‘hallucinatory hard piece of shit’, which was the term I’d been using to refer to my boyfriend in a half -forgetful way. We kept repeating the word to each other sobbing laughing until we fell asleep….

The Unbearable Lightness of Snot by Rosin Agnew from issue one of Irish bare-all title GUTS Magazine, at selected retailers at the end of this month. 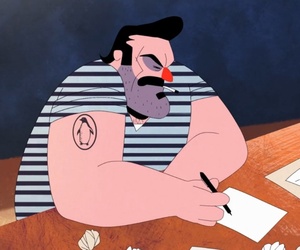 Tom Gran and Martin Woolley’s clever, referential meta tale of an attempted breakout from Ball Point Penitentiary by a bunch of hardened cons whose leader is trying to escape the film itself. 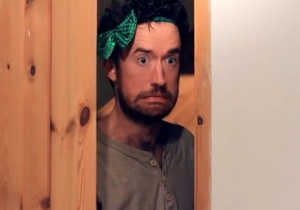 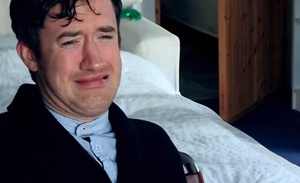 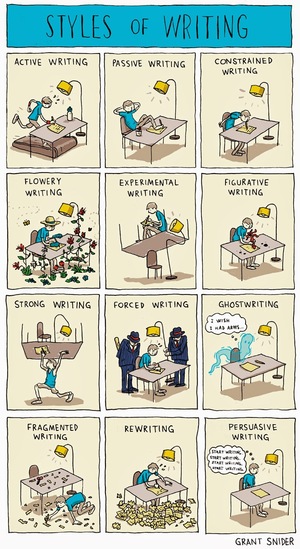 Well, you get what you pay for.