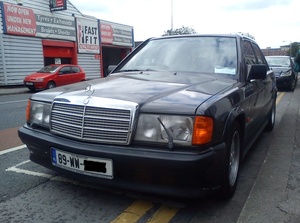 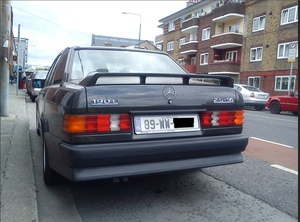 Mercedes 190E Cosworth: “Mercedes introduced their W201 chassis in 1982 and developed a very sophisticated mid-size luxury saloon. In standard trim, most popular options were the 1.8L and 2.0L petrol injection engines and the 190D which include a variety of diesel engines. In 1984, Mercedes wanted to go rallying and, so, used the W201 chassis as a basis for their car. They recruited the help of the famous Cosworth company to improve their already-robust 2.3L engine and the result was the Mercedes 190E Cosworth 2.3-16 (for 16 valves). A much sturdier 2.5L engine replaced the 2.3L in 1988 and that’s what we have here in “Evo 1″ form (i.e. the first of three phases of this particular model). It never did go rallying but became successful in the German Touring car series, DTM.” 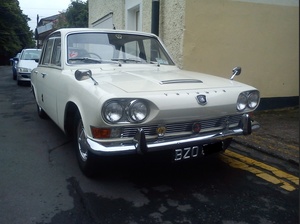 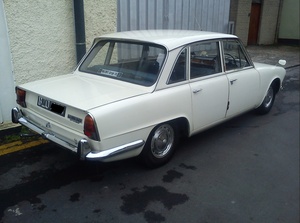 Triumph 2000: “Aimed at a new market opening, the Triumph 2000 offered refinement and comfort at a much lower production price and running cost than top-range Jags and Rovers of the 1960s. The Mk 1 model here was replaced by a Stag-esque Mk 2 in 1969. This one had a three-speed automatic box.” 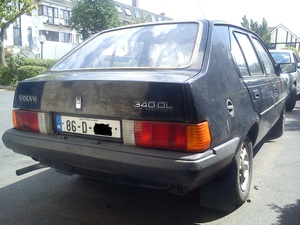 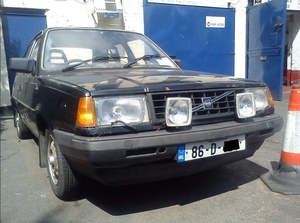 Volvo 340: “I don’t have a love affair with old Volvos but they seem to be popping up quite a bit. DAF wanted to expand on their production car range so Volvo jumped on board eventually taking control of the company’s complete road-car division. The 340 (and saloon 360) came initially with the controversial variomatic transmission found in DAF’s smaller cars but  expanded to include conventional manual gearboxes. Volvo’s high safety standards were upheld and the 300 series sold well in the UK despite its drab appearance.”