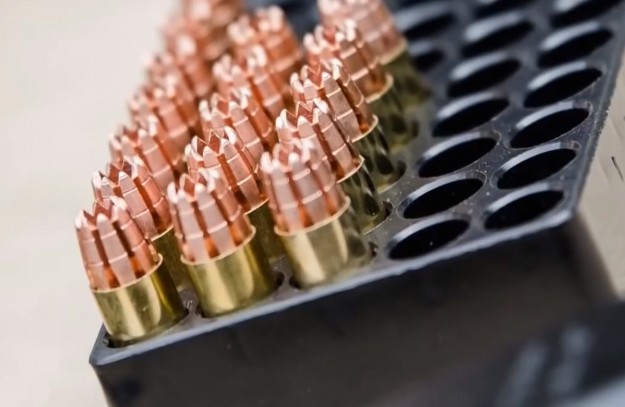 No, not a spoof viral for an upcoming zombie apocalypse flick but the gleeful and terrifying promo for armament developer G2 Research’s new and highly controversial Radically Invasive Projectile, the G2 RIP, released early this year – a bullet featuring tiny knife-like ‘trocars’ that penetrate and shred flesh.

Initially marketed at women in the home as a ‘one-shot man-stopper’, it’s designed to take out ‘all vital organs’, creating a massive exit wound in the process.