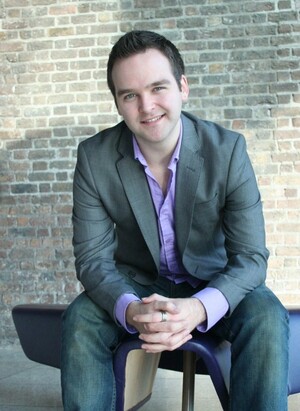 I’m very, very proud to have been able to present and produce what eventually became RTÉ’s sole programme for the Irish LGBT community [Cosmo on RTÉ Digital Radio]. Over six years is a long time to spend on a radio show, though, especially as a volunteer.

Recently, with the onset of the Marriage Equality Referendum on May 22, RTÉ has been keen to ensure that they cannot be seen as being biased towards either side of the issue. Running an LGBT radio show on the national broadcaster, therefore, has become close to impossible.

While RTÉ aims to maintain balance on the issue, I was left with avoiding the topic until closer to polling day, when we could’ve had a carefully-planned debate on the show.

Despite trying it for a short while, I eventually couldn’t bear denying that this plan meant missing out on reporting the various events, advocates and news of the Yes campaign – the campaign fighting for the rights of those who The Cosmo was aimed at.

Avoiding the issue until such a debate would’ve made a mockery of any LGBT programme, which is undoubtedly pro-equality by default. It would’ve also made a mockery of me personally, as an openly gay broadcaster, founder of an LGBT publication [EILE Magazine] and an advocate of equality for all.

As for a debate, well – let’s face it: RTÉ has already been broadcasting plenty of debates on the issue lately. Whether or not they have been balanced is a question for someone else to answer. Either way, my personal feeling is that certain No campaigners have been given far too much national media attention than they are due. I couldn’t bring myself to adding even more illogical hate speech to the airwaves.

With that in mind, I’ve decided to finish up my time with RTÉ Digital Radio.