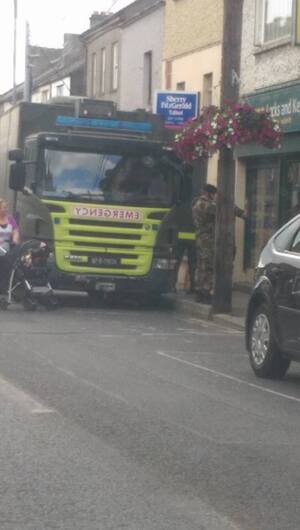 “The Gardaí know my movements, all day, every day, more or less, I go through that all the time so I’m kinda used to that, but this is a different level. The lads inside my office, to be subjected to something like that – where their safety is an issue now – is a level which I’ve never encountered before. Whoever sent this is a scumbag, it’s as simple as that.”

Environment Minister Alan Kelly speaking on Tipp FM this morning following the delivery of a package, containing white powder and a threatening note, at his office in Nenagh, Co. Tipperary last Friday.

The bomb disposal unit later declared it a hoax.

The white powder has a street value of one hundred million dollars, garda sources say.

Alan Kelly: Whoever sent suspicious package ‘is a scumbag’ (Breakingnews.ie)

‘I’m Not Aware Of Such Analysis Existing’

88 thoughts on “‘Whoever Sent This Is A Scumbag’”