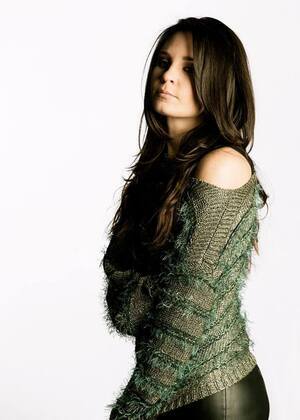 01. Dublin-based Galwegian Roisín El Cherif comes to the singer-songwriter fray from a multimedia background, including assistant director work on Brooklyn, Vikings, and others.

02. Her experience informs the video to single Kerosene, which she wrote, co-produced and directed with FailSafe Films.

03. The tune itself is a proposition seemingly made for bigger stages, which gives precedence to El Cherif’s voice, at once plaintive and possessed of certain presence.

04. Roisín is playing at King Kong Club in Dubland on April 5 and has a few live session vids upcoming via The OB Blog’s OBSessions series. Stay tuned to her various social media for more.

Verdict: Big, sweeping pop with an ambitious visual identity to match. Much here to love for fans of the singer-songwriter oeuvre.

11 thoughts on “You May Like This: Roisín El Cherif”