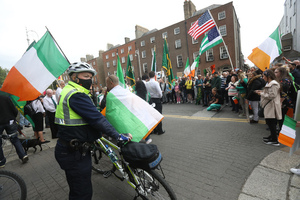 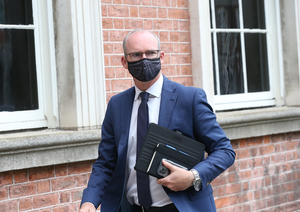 Who MUST be silenced.

“This is a difficult balancing act, I have to say that the people who were involved in that protest do not represent a majority review, in fact they represent a very, very small minority view.

“It is very unwelcome that people are foolhardy enough to think that they can ignore all of the public health advice, all of the doctors that are repeating the message over and over again, of our national public health team at Nphet, and the Minister for Health and the Government messages, they’re ignoring all of that because they see conspiracies in everything, and they just demand the freedom to walk around without restrictions — that is a tiny minority view.”

“I am not happy, most of the people who saw that demonstration on television would have been angered by it, that’s why I’m saying that the Government needs to try to get the balance right between the right to protest and be heard and the law and the regulations and guidelines that we have to protect the public”

This is not a referendum. RTE doesn’t require to give equal weight here.
Disappointing to see this approach from national broadcaster after a weekend where @thejournal_ie staff were targeted by anti-mask (and the rest) protestors. https://t.co/MZ1UXFWgYn

Feeling Better All Of A Sutton