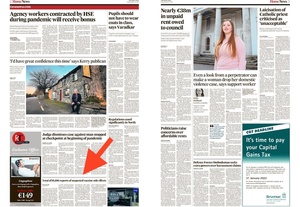 One in 2,500 children with vaccine reports suspected side effect (Irish Times)

15 thoughts on “Safe To Report”