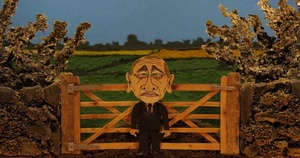 From Attack of the Mackerels animation. 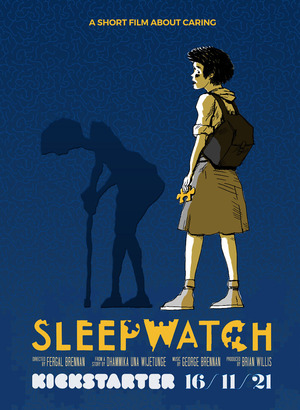 A beautiful animation of an unusual story (that you can help complete).

As a documentary filmmaker, I’m always on the lookout for stories about the unusual in everyday life. A few years ago I recorded interviews with friends about strange part-time jobs they had had. I couldn’t believe my ears when my friend, Dee, told me her story.

When she was 19-years-old, she took a job sleeping in the same bed as an elderly man, who had been diagnosed with Alzheimer’s disease. The reason being to prevent him from injuring himself at night.

Having had no previous training for the job, she described its challenges with sincerity and compassion — her initial aversion to the situation, but also her growing empathy as she came to know Mr Goldsmith. Despite his struggle to communicate, the strong bond of love between this man and his wife was clear and poignant for Dee to see.

Dee’s incredibly honest story and emotive voice got an amazing reaction when I played it to friends — I needed to make this into a film!

Fast forward seven years, and that recording became the foundation of my film, which has led to the launching of a Kickstarter campaign to complete the story. The campaign launched this Tuesday, and finishes on December 14 [At Link below]. Thank you! 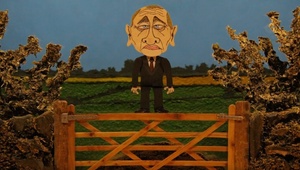 More old school animation from the west of Ireland made out of paper and paint.

None of your computer jiggery.

Leopards On A Bike Animation 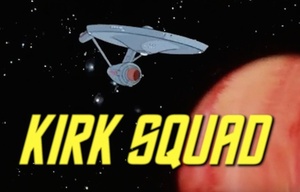 A new episode with performances by various comedy talents, including Danger Farm‘s Diarmuid & Donnacha O’Brien, along with cameos by author Deirdre Sullivan and filmmaker Lloyd Kaufman. 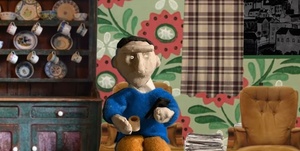 ‘For one man, the continuing lockdown might be too much.’

A fraught minute with Tadhg. 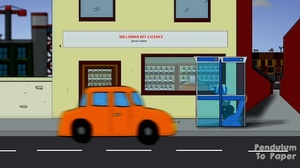 I’ve finally finished a second series of my animated webseries Poxy Bleedin’ Shop over the course of the pandemic and I’ve gotten some of Ireland’s best known comedians involved such as Karl Spain, Tadhg Hickey, Emma Doran and Bernard Casey as voice talent….

The Hand Is The Mirror Of The Soul.

By Raphaël Bluzet, who writes:

You wrote an article about a film I made fa few years ago. I hope you’re well. Here is my latest animated music video…

More than 1400 drawings were made during 4 intense months of work. I am very proud to share this video clip which means a lot to me…

Previously: We Need To Talk About The Cosmos 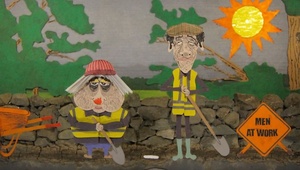 Noel Barrett, from Leopards on a Bike animation, writes:

We’re a small group of amateur animators from County Clare and we just finished this short comedy video about two lazy council workers in rural Ireland.

Leopards on a Bike 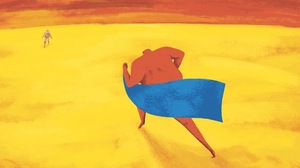 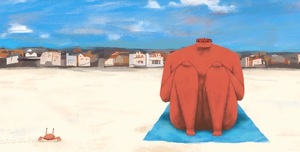 A 2017 short by UK based animator Prawta Annez in which a beachside battle for towel space becomes a cipher for global political tensions. 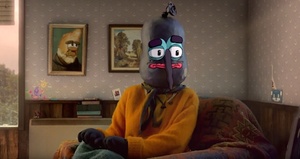 By Mark Fisher, who writes:

I’m an independent animation director. I recently finished this short film (above) that I’ve debuted online this week.