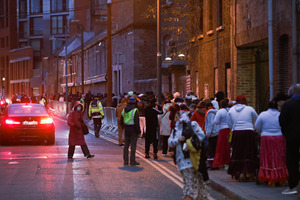 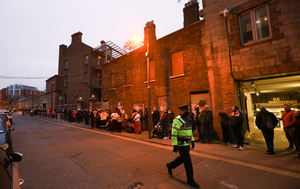 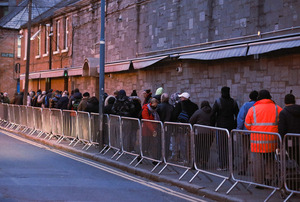 Members of the public queue for Christmas hampers handed out annually by the Capuchin Day Centre. 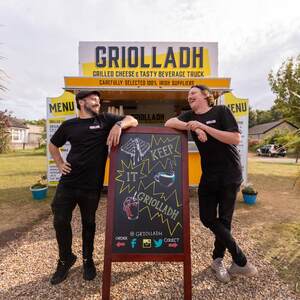 Jacob Long and Jack Brennan, the founders of grilled cheese go-to Griolladh, will celebrate the success of their lockdown start up with a charity walk in aid of The Capuchin Day Centre for Homeless People.

This Saturday (June 19), Jacob and Jack will start off from Griolladh in Bray at 8am and walk 45k to Malahide, where they opened their first Griolladh food truck exactly one year ago.

Donations are welcome at link below. A percentage of Griolladh sales that week will be donated, and Griolladh will also match the amounts donated in the collection boxes at each of their 5 locations! 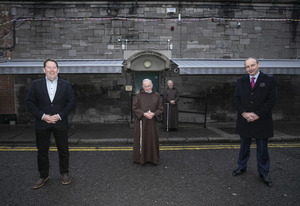 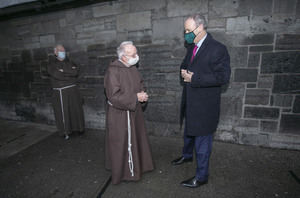 Taoiseach Micheál Martin and Minister for Housing Darragh O’Brien met staff of the Capuchin Day Centre, including Br Kevin Crowley (above centre), for a visit to celebrate 50 years of the Capuchin monks giving food to the homeless in Dublin. 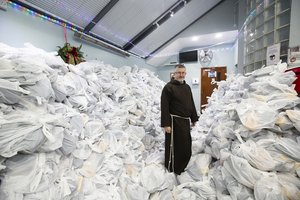 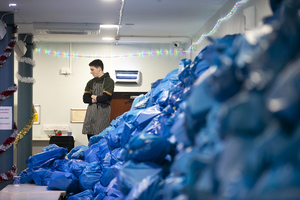 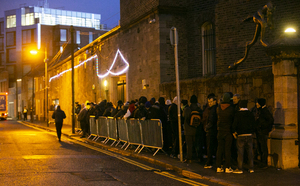 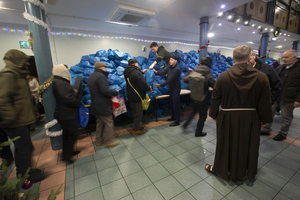 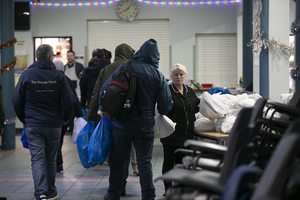 A total of 2,500 Christmas Hamper bags being handed out by the Capuchin Day Centre for homeless and people in need. 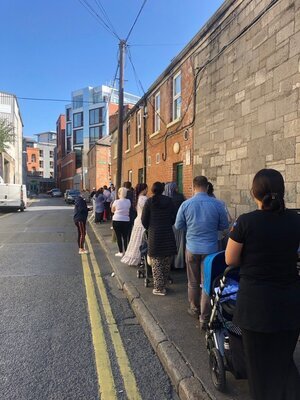 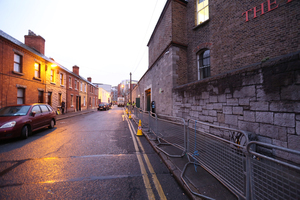 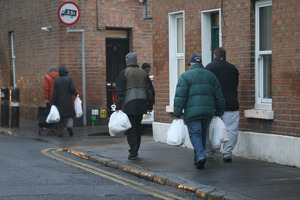 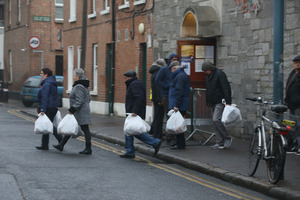 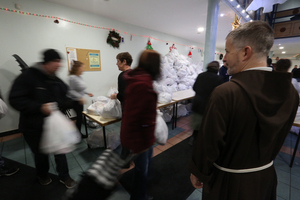 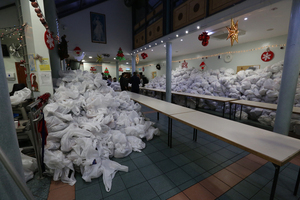 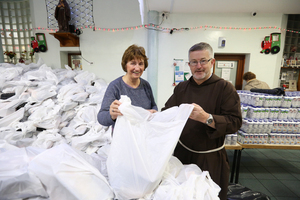 Above: volunteer Marian Smyth and Brother Sean Donohoe this morning

The Capuchin Day Centre for homeless people is currently handing out over 2,500 Christmas Hampers this morning.

There are at least 19 items in each hamper, including groceries and meat. Volunteers at the centre have been handing out tickets for the hampers to guarantee enough will be packed when those in need turn up . 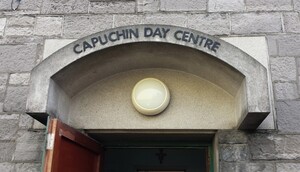 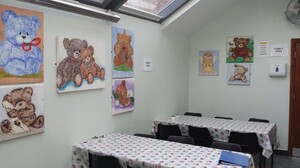 A welcome Dublin refuge for the homeless.

Not every 81-year-old Dubliner goes to bed at 10.30pm, has five hours sleep, and is back in his office again at 3.30am to resume operations. That’s the quotidian routine of Brother Kevin Crowley, who runs The Capuchin Day Centre for Homeless People on Bow Street, near Dublin’s Four Courts.

This remarkable Friar has had two heart bypasses, but still continues to lead the centre with the same energy he had when it opened in 1969.

The numbers at his door keeping on coming, despite the speed of native economic growth. And the stats for last Wednesday alone (Oct 28th) are staggering: 560 breakfasts served, 565 for dinner, 1700 food parcels given out, and a total of 60 children attending.

That 60 Irish kids must accompany their mothers/fathers to a shelter for homeless people to receive a free hot meal is just horrendous in 2015.

Bro. Kevin says (above) [in a video interview that forms part of a social media campaign we (five DCU students) are doing, as part of an MA project, to highlight growing numbers of homeless families in Ireland] that he is “shocked” and “horrified” that the recession, and now the fabled recovery, has forced his organisation to expand to the young.

Deep scars are forming in these children, and these physiological and psychological wounds will take a long time to heal unless agencies and charities are aided, not just by the Government, but by everyone who is able to shout loud enough for real social change in Ireland.

For those who wish to follow our efforts, we are on @KidsNeedAHome