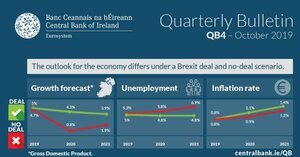 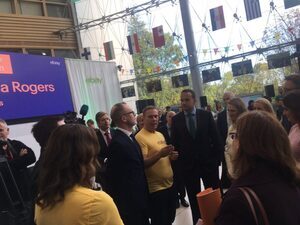 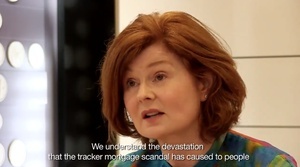 The Central Bank of Ireland has announced that another 3,400 customers have been affected by the tracker mortgage issue, bringing the total to 37,100 by the end of March.

This means the banks have paid out €459million to people affected – up €162m from December. 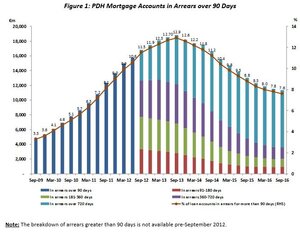 The Central Bank of Ireland has released the residential mortgage arrears and repossession statistics for the third quarter of 2016.

The number of mortgage accounts for principal dwelling houses (PDH) in arrears fell further in the third quarter of 2016; this marks the thirteenth consecutive quarter of decline. A total of 79,562 (11 per cent) of accounts were in arrears at end-Q3, a decline of 3.1 per cent relative to Q2 2016.

The Tobun family never missed a rental payment on their modest brick rowhouse in eight years. But in February, the couple, who have two young children, received a letter warning that they would be evicted when their lease expired. Forty of their neighbors got the same notice.

When they went to investigate, the tenants, in the working-class suburb of Tyrrelstown, discovered a trail that led all the way to Wall Street.

After Europe was ravaged by a financial and economic crisis, the giant investment bank Goldman Sachs snapped up huge swaths of distressed debt in Ireland, including the loans of Tyrrelstown’s developer in 2014. The developer [brothers Rick and Michael Larkin, of Twinlite] now wants out of the rental game and is selling the properties. As the owner of the loans, Goldman will reap a large portion of the proceeds.

Goldman has nothing to do with the possible evictions here. But because American banks have played such a large role in Europe’s housing recovery — and have made huge profits in the process — they have become the main target of a growing backlash among homeowners and renters.

“Somehow, these funds have gotten involved in our community,” Funke Tobun said. “They’re profiting, but it’s the people who are being made to suffer.”

Wall Street has become the biggest new landlord in Europe, as American financial firms have swept into cities, suburbs and towns to take to advantage of the fallout from the worst economic downturn since World War II. In the last four years, Goldman Sachs, Cerberus Capital Management, Lone Star Funds, Blackstone Group and others from America have bought more than 223 billion euros’ worth of troubled real estate loans around Europe, nearly 80 percent of the total sold.

The firms have made the usual calculation: buy distressed investments on the cheap during tough times, betting that the outlook will eventually turn and riches will follow. And the firms are paying little or no tax, by employing complex strategies that often involve subsidiaries with no operations or staff.

The huge profits and dubious tax strategies have made Wall Street a major object of frustration and anger, as people grapple with evictions and higher mortgage payments. In some cases, the Wall Street firms are passive players, the money men behind the landlords, developers or banks that are exerting force. In other cases, they are direct participants taking action.

…Ireland is now enjoying a robust recovery. But growth has been fueled partly by financial maneuvering, and the real underlying gains are far from even. More than 5,000 people have been left homeless by the crisis, with the government subsidizing many in shelters.

Mrs. Tobun does not have many options. She does not want to move farther out, since it would mean changing schools for her son who has special needs. A nearby rental is too expensive. Rents in Ireland have risen around 20 per cent since the crisis as home construction dried up after the bust.

…Like other Wall Street players, Cerberus came into the country quietly, creating a local subsidiary under a different name and setting up a complex and extensive web of interconnected businesses.

There are the 13 subsidiaries in Dublin, all with Promontoria in their names. They have no employees and no offices. They are all registered to the same address on Grant’s Row, a letterbox near Parliament. Those subsidiaries, in turn, are subsidiaries of holding companies in the Netherlands, more than 110 of which had the Promontoria name.

The structure has helped Cerberus profit in Ireland…

Wall Street Is Europe’s Landlord. And Tenants Are Fighting Back (New York Times)