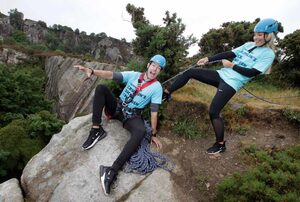 ‘Dancing with the Stars’ contestant and actor Ryan Andrews (left) and partner, teacher Michaela O’Neill launch this year’s CMRF Crumlin Abseil Challenge to raise funds to support the care and treatment of sick children in CHI at Crumlin.

Ryan and Michaela will be going to ‘new heights’ on September 18 when they drop 100 feet off the Hogan Stand in Croke Park in Dublin. 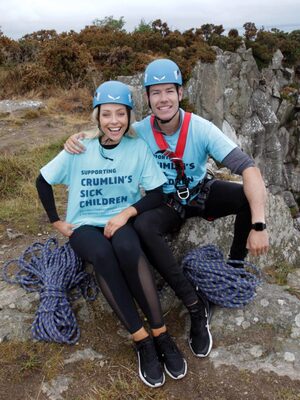 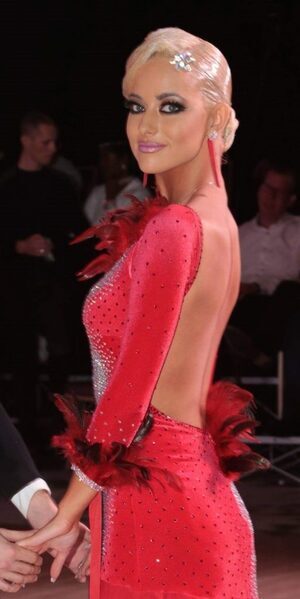 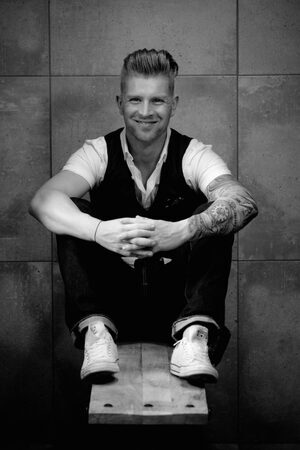 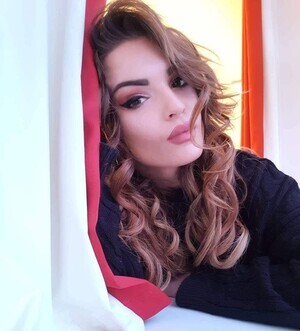 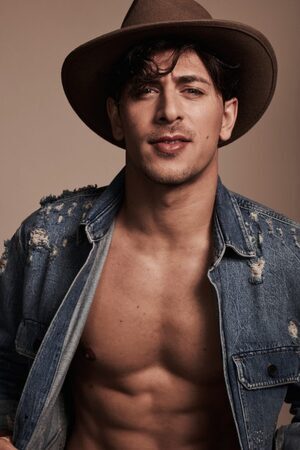 The new ‘pros’ on Dancing With The Stars.

It’s that time of the year again when the professional dancers will don their sequins and reunite to begin rehearsals for the brand new series of Dancing with the Stars.

The new dancers will be in good hands when they join returning seasoned DWTS pros; John Nolan, Karen Byrne, Robert Rowiński, Giulia Dotta, Kai Widdrington, Emily Barker and Ryan McShane as they prepare for another season of show stopping routines as only they know how.

Over the coming weeks the pro team will sweat it out and pull out all the stops to go bigger and better as they gear up for another spectacular series of Dancing with the Stars.

Dancing With The Stars 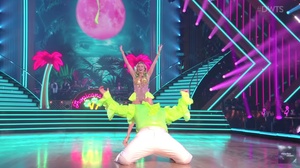 Last night, in the US.

Former White House Press Secretary Sean Spicer made his debut on Dancing With The Stars.

Sean Spicer Was an Extremely Good Sport on Dancing With the Stars. That’s Exactly the Problem (TIME) 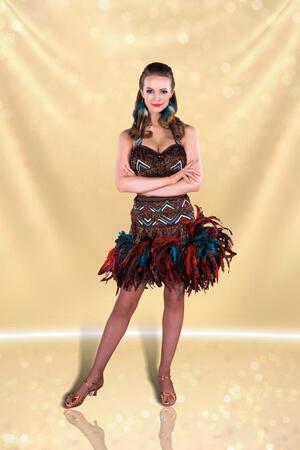 RTÉ has announced that former Miss Ireland Aoife Walsh will bow out of Dancing with the Stars “due to issues with a fractured toe”.

A replacement will be announced in the coming days.

Dancing with the Stars will air on Sunday, January 7. 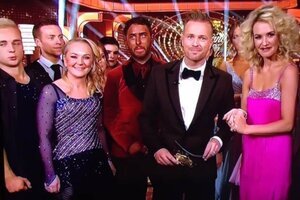 On RTÉ’s Dancing With The Stars.

He spoke to Ryan Tubridy on RTE Radio One this morning.

Hughie Maughan: “I didn’t think it was going to be like, so many, one of the top trending things on Twitter and be in all the newspapers and…this morning I got a, I’d seen a clip, there’s a channel in America, and there’s a chat show and they spoke about my tan on the chat show.”

Ryan Tubridy: “And how do you feel about that?”

Tubridy: “The producer of the programme said ‘Hughie is like a hyperactive child. He can’t sit still or concentrate on one thing for any length of time. Everything he does is over the top, including his tan. I don’t know what he’ll be like next week. Maybe he’s going for a sponsorship deal with Ronseal‘.”

Tubridy: “That’s from Larry Bass, of Shinawil, according to Melanie Finn, in the Herald this morning.”

Tubridy: “Well, you’re adding to the entertainment factor of the programme, no doubt about it. You’re a good sport to get up for us this morning and take our call. I appreciate it…”

Watch Dancing with the Stars back here

Listen to The Ryan Tubridy Show back here 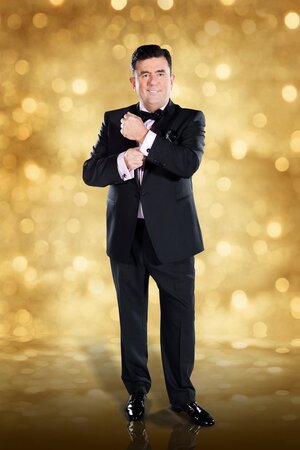 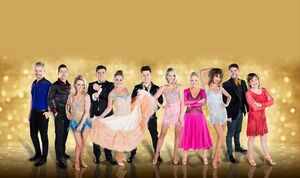 When asked if considers himself Ireland’s answer to Strictly star Ed Balls – who proved to be an unlikely hit with viewers after appearing on the BBC show – Cahill said he does, except he’s even older than 49-year-old Labour politician. 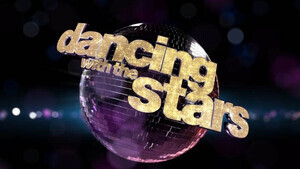 RTÉ One is delighted to announce that the world-renowned entertainment format Dancing with the Stars is to air in the New Year!

Dancing With The Stars will be produced by @ShinawilTV for RTÉ and will air on RTÉ One in early 2017!

“We are delighted to be bringing such a hugely popular format as Dancing with the Stars to RTÉ One…we are confident that Irish audiences will take this home-grown version to their hearts. Family entertainment shows are a cornerstone of what RTÉ One is all about.” 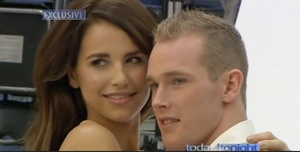 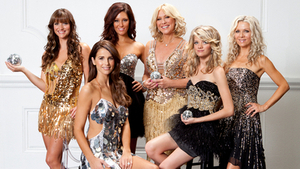 Seen the ads for the new Dancing with the Stars on Channel 7 in Australia and thought, Jaysus, I don’t know any of this lot. Hold the phone there’s bloody Vogue! Or as Channel 7 put it:

‘Vogue Williams (International DJ) – dancing with Christopher Page (top)  – Vogue Williams has been a DJ in her homeland of Ireland for five years and most recently held a residency at the hip inner city club Andrews Lane Theatre in Dublin. Vogue, who has also modeled, is engaged to fellow Irish superstar and Australia’s Got Talent judge Brian McFadden.’

Meet The 2012 Dancing With The Stars Cast (Yahoo.au)