An official statement from the European Broadcasting Union on the #Eurovision Song Contest 2020. pic.twitter.com/b3h7akxvpF

The rumours (see below) were true.

All that beautiful music WASTED. 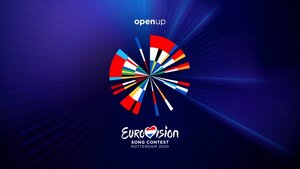 Citing unnamed sources, the main news programme of KAN — Israel’s state broadcaster — has said that the contest will be cancelled and that the decision is likely to be revealed on Wednesday.

KAN’s culture correspondent Shani Nahshoni reports that “out of the options to postpone or cancel, it appears the contest will be cancelled this year.” She adds that the EBU will make the announcement official “probably” today.

We should point out that this has not been confirmed officially.

Our Eurovision 2020 representative revealed today by 2FM: it’s Lesley Roy with the song Story Of My Life!

YOU are the jury.

Previously: The Smell Of Victory?

Heavy rumours this (above) is the Irish Eurovision 2020 entry

Monday: The Smell Of Victory?

We hit a very beautiful #Eurovision milestone today. Team Ireland is not playing about. We are here to COMPETE. 👊🏻🇮🇪🇪🇺 pic.twitter.com/pQDK8aELQm

Pink? I hope it’s not a flamingo, we’ve already sent a turkey…Latest Eurovision fan rumour is that Wicklow-based FLAVIA will sing our 2020 entry!

Ireland will perform in Semi Final 1!

Few songs selected at the moment but traditional heavyweights Sweden, Russia, and Ukraine among the countries in this tough group …

Which country performs in which Eurovision 2020 Semi-Final? (EurovisionTV)