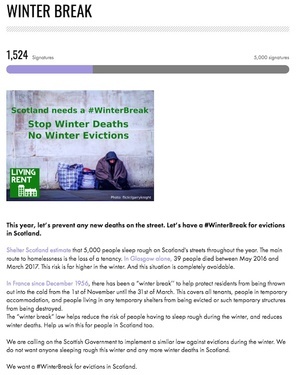 The Living Rent group in Scotland urging a French-style ‘Winter Break’ from evictions between November and March.

This type of action is what @MurphyEoghan should be looking at… 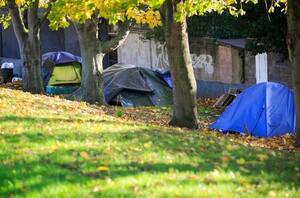 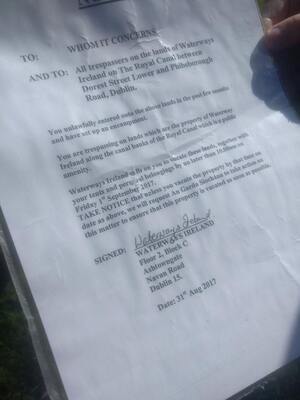 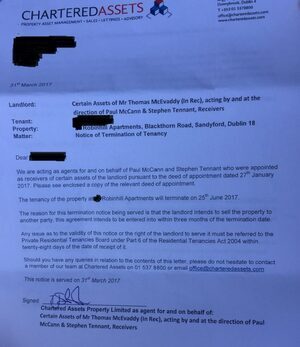 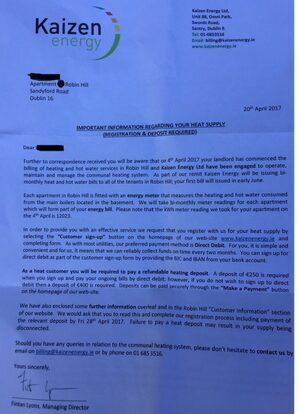 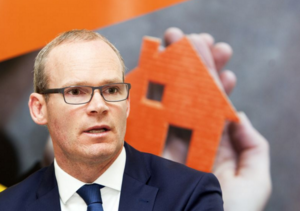 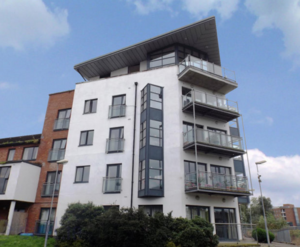 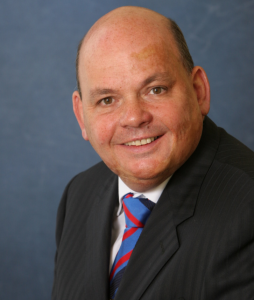 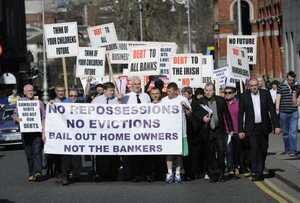 (A protest by members of the People for Economic Justice and the Defend Our Homes League on Kildare Street, Dublin last year)

Banks moved on over 50 Mayo property-owners who were before last week’s sitting of the County Registrar’s Court about difficulties relating to mortgages and other loans.
An unprecedented 56 cases – the majority of which were in the early stages of litigation involving Civil Bills for repossession – were processed by Mr Fintan Murphy, the County Registrar. This time last year there were only about two such cases before the same court.
One young couple with a small baby told the court that they were served with notice of the proceedings even though they were just tenants of a property …Another couple before the court explained that they would not be able to maintain their mortgage because their marriage had broken down.