So Sinn Fein are against fox hunting in the South and for it in the North. Right. What happens if a fox runs across the border? 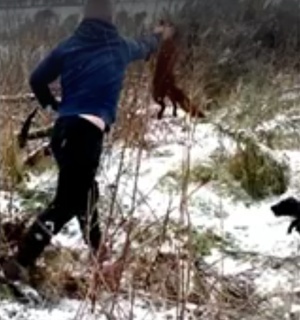 Digging out and chucking away foxes in Waterford.

The video above  shows hunters in County Waterford tormenting an injured fox that they have dug out of the frozen ground, and then throwing the animal into the air. The fox lands in the snow and hobbles away.

The video is accompanied by a photo showing the smiling hunters triumphantly holding up the bloodied fox and a terrier used in the dig-out.

Comments posted underneath the footage by the culprits gloat about the cruelty and promise more to come.

How sad, that there is apparently no respite for Ireland’s persecuted wildlife…

Foxes struggling to survive in the harsh conditions – desperately seeking food, water and shelter – had to contend with these so-called “sportspeople.”

The worst aspect of this incident is that the digging out of foxes that go to ground during a hunt is NOT illegal.

Attempts to have the practice banned under the Animal Welfare Bill in 2013 failed, with a majority of TDs voting to retain this despicable practice.

Hopefully the next challenge to its legality will succeed and An Madra Rua will receive some measure of protection, in fair weather and foul. 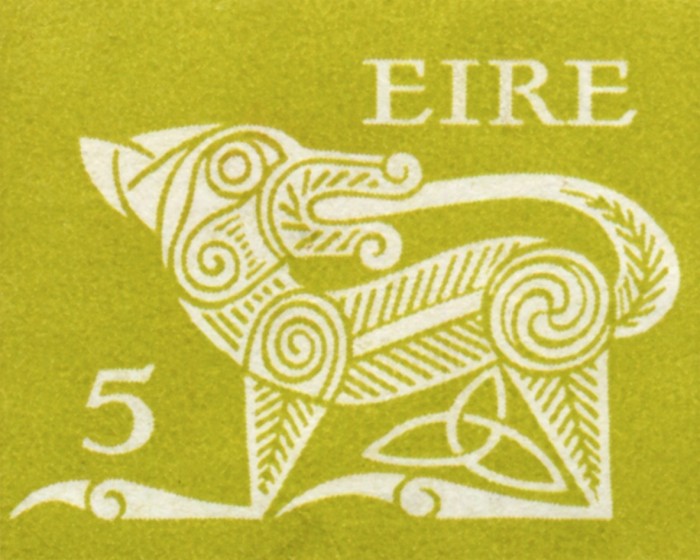 John Fitzgerald of the Campaign for the Abolition Of Cruel Sports writes:

At 12 noon on Saturday, June 13th, animal welfare campaigners will protest at the entrance to Croke Park in Dublin. They believe they have uncovered evidence that the GAA is supporting blood sports, especially fox hunting. They will elaborate on this if you wish to contact the campaign group organising the demo. Taking on the GAA was no easy decision. For further info please contact Bernie Wright or Declan Bowes of the Hunt Saboteurs Association at 087 2651720