Does anyone need firewood this winter! JK’s new book is perfect to burn next to a Romantic fire 🔥
Aww get all cozy and comfy can’t wait 😊

I’ve just ordered 200 copies of JK Rowling’s new book to burn them in solidarity with @planetjedward.

That’ll teach her for being such a vile fascist. https://t.co/4hA50Gk6kO

Yesterday: I’m No Clown, I Won’t Back Down 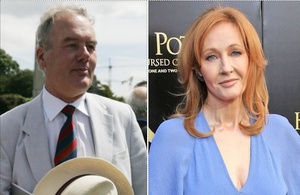 Women and Jews quite literally deserve what they get.

This filth was published in @thesundaytimes. Let that sink in for a moment. pic.twitter.com/Gt5k1DN4U8

In the latest issue of The Spectator.

…This time three years ago, I was a well-known journalist in Ireland, with a modest profile in Britain.

On the last weekend of July, on the basis of a poorly written column in the Irish edition of the Sunday Times about the pay differentials in the BBC, London social media vilified me.

I was then denounced worldwide as a misogynistic, anti-Semitic Holocaust-denier. One of my most successful accusers was J.K. Rowling.

And now it is her turn, as her entirely justifiable scepticism over the dogmas of transgenderism have rendered her into what she is clearly not, that mythical beast, a ‘transphobe’.

So welcome to the world you helped create, J.K.

In Ireland, I had long been recognised for my unremitting hostility to the IRA, support for Israel and my many articles about the horrors of the Holocaust.

Yet these easily verifiable points were ignored as some foul internet charlatan with my name but none of my beliefs briefly entered the global imagination.

A tsunami of smears from other publications obliterated protestations from the Jewish Representative Council of Ireland that I had told the Irish people truths about the Holocaust that they would not otherwise have known.

But perhaps the most damning contribution came from J.K. Rowling, whose global influence is tectonic.

She tweeted to her 13 million followers an utterly foul distortion of what I had said, namely:

‘Women and Jews deserve what they get. This filth was published in @thesundaytimes. Let that sink in for a moment.’

Deserve what they get? So women deserve to be paid less than men, and Jews merited the Holocaust? The former is bad enough, but the latter assertion is the most wicked representation even by Twitter’s sordid standards.

Despite the proclaimed support for me from Jewish groups, plus two Israeli ambassadors as well as numerous women, their voices could not be heard above the cacophony of my enemies. When the fangs of Rowling’s Twitter followers close on their prey, there is only one outcome….

Welcome to the world you created (Kevin Myers, The Spectator) 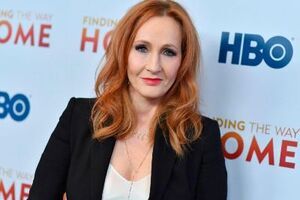 OMG! We are all crying. This is all i wanted for Christmas https://t.co/5ucPGUHIxY

Listen to these utter planks. https://t.co/UqZy2sZYp9

An excellent, informed thread on the case that has gone viral on Twitter. JK Rowling’s tweet on the subject was transphobic and also just plain factually wrong. https://t.co/ievYXVw0U2

The witch-hunting of JK Rowling is a disgrace. All she did was defend a woman’s right to express an opinion on transgenderism. It’s so clear now: the trans movement is a menace to reason, liberty and women’s rights. We must oppose it, says Brendan O’Neillhttps://t.co/hXGvIp0ZHq

The thing is, transgender people don’t want to talk about JK Rowling, or David Baddiel, or Graham Linehan they want the BIG story to be how many of them can’t access the healthcare that they need. They just want to live their damn lives in God-damn peace. How about you let them? https://t.co/t8EWPcRXjK

The sheer viciousness of attacks on @jk_rowling for affirming that "sex is real" remind me how Galileo was sent to the Inquisition for saying the Earth moves around the Sun. Doctors & scientists are denying science for fear of the mob. 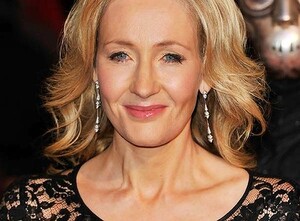 ‘It will be the exclusive place to purchase digital audio books and e-books of the Harry Potter series.’

JK Rowling’s Pottermore Is A Landmark For Digital Publishing (Telegraph) On April 11th, 1998, having recently failed to scoop the Guardian Children’s Fiction Prize for her debut novel, Harry Potter and the Philosopher’s Stone, J. K. Rowling, responded to a young fan’s good luck wish with this handwritten letter:

Thank you very much indeed for your card wishing me luck in the Guardian Children’s Fiction competition. Unfortunately, I didn’t win — a writer called Henrietta Branford did. But she’s very nice, so I smiled bravely and said “Congratulations” and tried to look as though I didn’t mind at all.

I am very flattered indeed to hear that “Harry Potter” is the best book you have ever read. There will be seven Harry Potter books altogether, and the second one (“Harry Potter and the Chamber of Secrets”) will be in the shops at the start of July.,

Thank you again for writing. (Your handwriting is excellent, by the way).