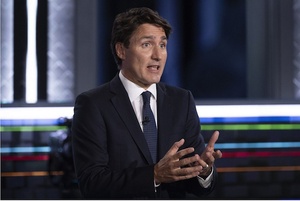 Justin Trudeau will hang on to his job as Canada’s prime minister in an election victory Monday that fell short of his main objective: tightening his hold on power.

With his Liberals high in the polls, Trudeau plunged the country into an early election in August in hopes the party could gain at least 15 additional seats in the House of Commons to turn his incumbent minority into a far more powerful majority.

Instead, Trudeau returns to the Prime Minister’s Office with roughly the same number of seats his Liberals had when he called the summertime snap election.

“I hear you when you say that you just want to get back to the things you love and not worry about this pandemic or about an election,” Trudeau said in Montreal as he delivered his victory speech. “The moment we face demands real important change. And you have given this parliament and this government clear direction.”

Trudeau returns to power with minority grip on Parliament (Politico) 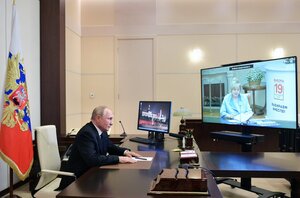 With all the votes tallied, the electoral commission said Tuesday that United Russia had won 49.83% of the vote. It was also ahead in 198 seats of the 225 deputies apportioned by party lists.

On Twitter, the party said it had received a constitutional majority.

Russian President Vladimir Putin thanked voters for their “trust.” United Russia will have more than two-thirds of deputies in the 450-seat lower house of parliament, known as the State Duma. 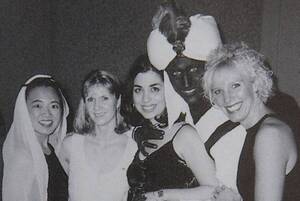 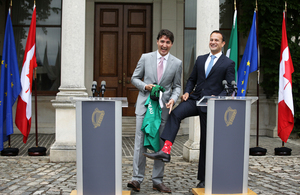 The ‘wacky hosiery’-promoting premier has been fighting claims by his former attorney general that his advisers improperly pressured her to prevent the prosecution of a Canada-based firm over paying alleged bribes in Libya.

These included $30,000 for prostitutes for Muammar Gaddafi’s sons.

And then there’s NXIVM.

Always judge a man by his ankle wear.

The scandal that could bring down Justin Trudeau (The Guardian) 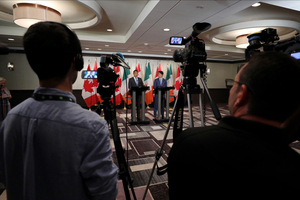 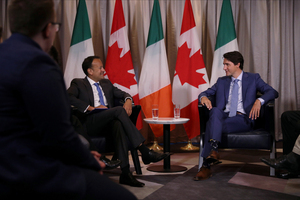 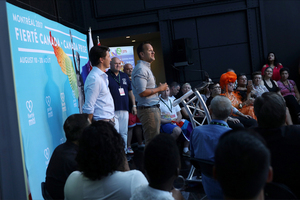 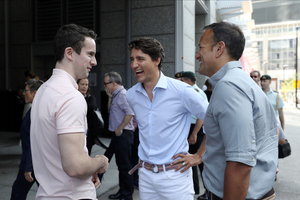 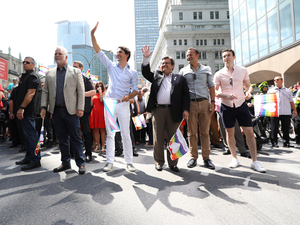 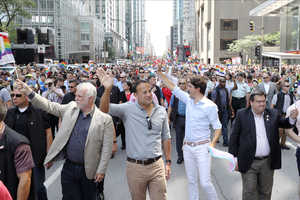 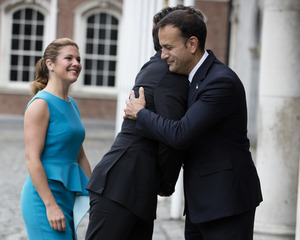 Prime Minister of Canada Justin Trudeau and his wife Sophie Gregoire Trudeau are greeted by Taoiseach Leo Varadkar TD as they arrive at Dublin Castle for the Official Dinner last night.

Cometh the rubbish haircuts firing tweets and ICBMs;
the people with bad teeth daring belch their opinions in public.
Cometh also the Warren Beatty of the North,
sans the wrinkles and heavy politics, bearing
to the sisterhood of the stuffed vine leaf
and gourmet sausage
ribbon-wrapped boxes labelled ‘hope’,
‘moderation’, and ‘free trade’;
your tongue’s delicious wiggling
persuading even Lycra clad
husbands to put bikes and running shoes aside
a moment and join the ravenous pack of dangerous
sensibilists in drizzling a tribute
of garlic butter all over
your French speaking torso.
Your hair, a field of wheat that reminds
soon-to-be-ex Prime Ministers
of better times.
Your words, as gorgeously proportional
as the gossip from the ladies’ golf-club,
float off towards the sun. 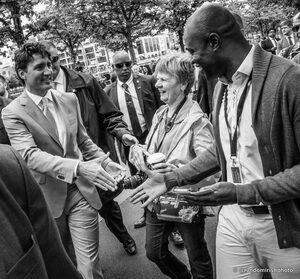 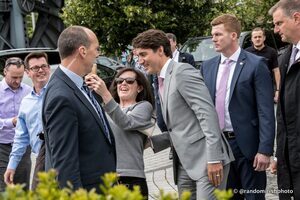 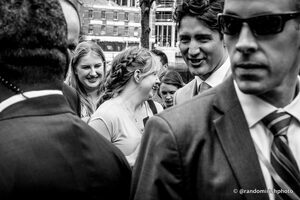 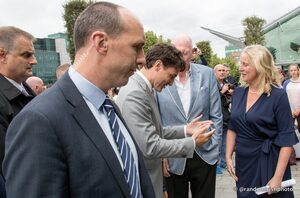 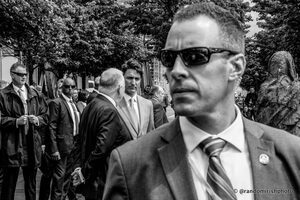 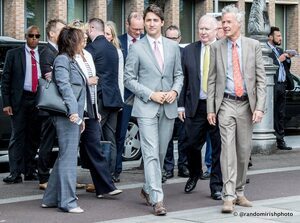 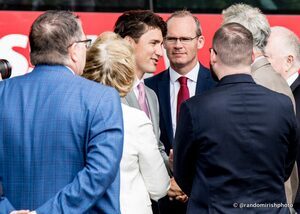 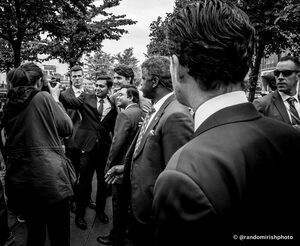 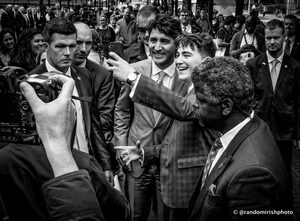 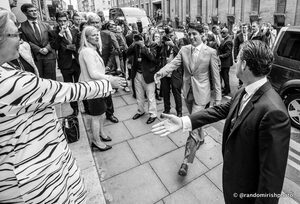 Get a room, you lot. 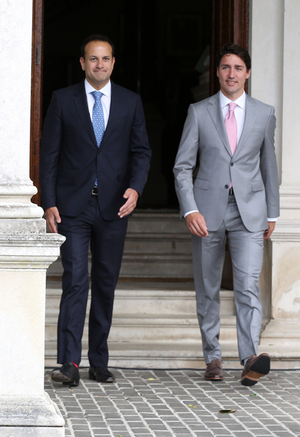 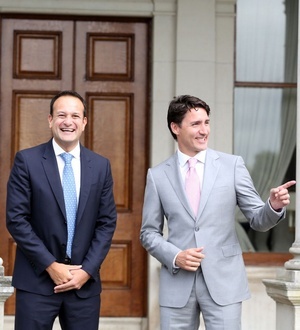 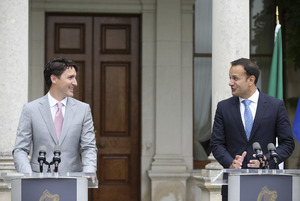 An Taoiseach Leo Varadkar and Prime Minister of Canada Justin Trudeau speaking to press. Mr Trudeau is on an Official Visit to Ireland. 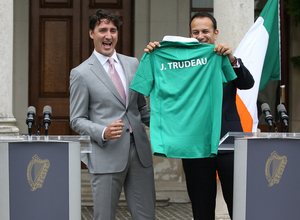 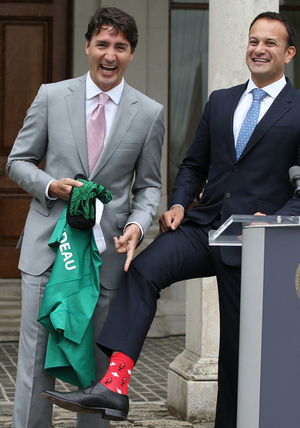