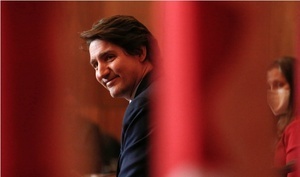 The Canadian federal government has lifted the Emergencies Act but questions remain about what might be the long-term effects of invoking such extraordinary measures to quell protests.

The financial measures carried out under the act, which included directing banks to freeze some protesters’ accounts, have been a particular target for criticism and one watcher warns the damage done will linger long after the initial protests are finished.

Financial intelligence expert Kim Manchester says that banks will likely keep tracking those individuals flagged by the RCMP and their names could end up on private-sector third-party databases that banks rely on to mitigate anti-money laundering and terrorist financing.

Banks and other financial institutions were also directed to look into whether any clients seemed to be supporting the protests, and those monitoring actions could well continue, he said.

On a larger scale, Manchester says that the actions set a dangerous precedent of how government decides to go after protests, and leaves open the door to using the same tactics in the future.

He says allies will also be watching how the federal government used Fintrac and compare the actions against the protesters to the relatively few resources directed to financial crime generally.

“There are lasting consequences to this. You don’t just pull out a fountain pain and sign a piece of paper and hope that it all goes away. It doesn’t work like that,” said Manchester.

JUST IN – Canada’s PM Justin Trudeau isolates himself for 5 days after learning of COVID exposure.

“Can you hear us now, Trudeau?” pic.twitter.com/BlnEgBfW0i 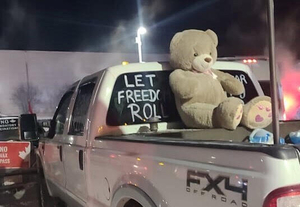 50,000 Canadian truckers drive through the night as they continue to make their way to Ottawa this week to protest against COVID mandates and restrictions.#CanadaTruckers #keepontruckin
🇨🇦pic.twitter.com/Dj6ei8jp5A

Yesterday: Ain’t She A Beautiful Sight

I issued an Executive Order prohibiting vaccine mandates by ANY entity in Texas.

I also added the issue to the Special Session agenda.

The COVID-19 vaccine is safe, effective, & our best defense against the virus, but should always remain voluntary & never forced. pic.twitter.com/8hHHLyebCk

Via The Texas Tribune: