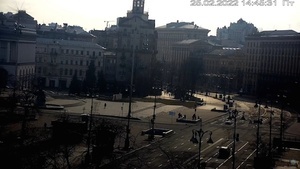 “How long do you think you can hold out?”

Former Ukrainian President @poroshenko takes up a Kalashnikov rifle alongside civilian defense forces as he speaks to @JohnBerman from the streets of Kyiv. pic.twitter.com/2gecdhGCLV 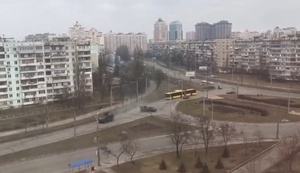 Social media videos are showing what appears to be Russian tanks driving through Obolon, an area just north of Kyiv’s city centre.

Just in the past hour, Ukraine’s defence ministry confirmed that Russian forces had infiltrated the residential district.

The videos appear to have been taken by locals in their homes. The BBC has verified that the setting in these videos is Obolon.

According to Peskov, Russian President Vladimir Putin has expressed his preparedness to engage in discussions with his Ukrainian counterpart, with a focus on obtaining a guarantee of neutral status and the promise of no weapons on its territory.

…The press secretary added that Putin would determine the timing of the negotiations, but gave assurances that Russia would only engage “if the leadership of Ukraine is ready to talk about it.”

“The operation has its goals – they must be achieved. The president said that all decisions have been made, and the goals will be achieved,” Peskov continued, suggesting that, if Kiev were to agree to meet the demands, the current military attack on Ukraine could be called off.

This guy is dressed like someone from call of duty while all the regular citizens are walking around as normal behind him 🤣🤣 https://t.co/Dc1dhmadXz 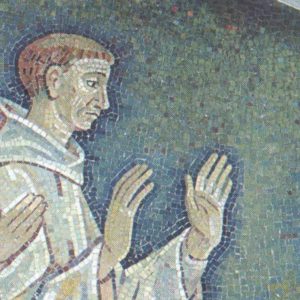 Monks from the Irish monastery in Regensburg are recorded as having undertaken a diplomatic visit to the Grand Prince of Kiev during the 1170’s. An Irish monastery was subsequently established in the city. Closed in 1242 due to the Mongol invasions. pic.twitter.com/OgH0hGE4u3

Nobody expects a Mongol invasion. 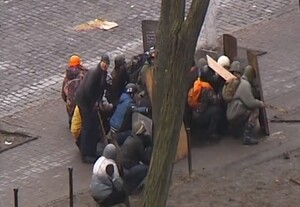 One demonstrator, who gave his name as Andreiy, carried in one body on a green military stretcher. “He died between 90 minutes and two hours ago,” he told a Telegraph reporter. “These are all live rounds. You can see what they do. He and all the others were shot in the head, the neck or the heart. None were shot anywhere else like in the legs.”
Andreiy blamed a “professional” government sniper, citing the accuracy of the shots, most of which were aimed at the head. The government has insisted that its forces have been acting with restraint. 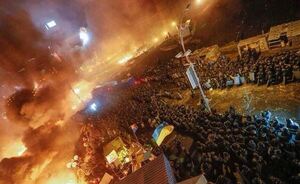 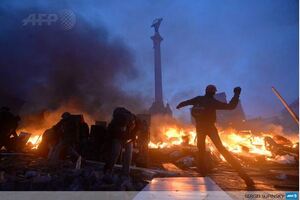 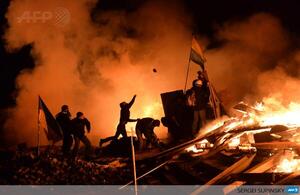 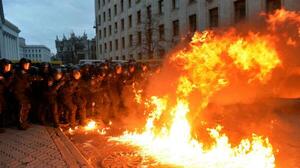 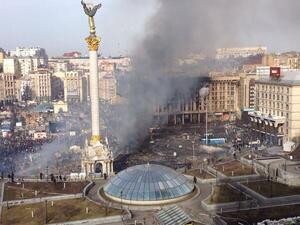 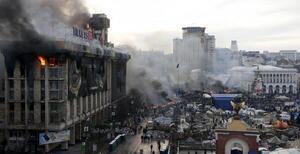 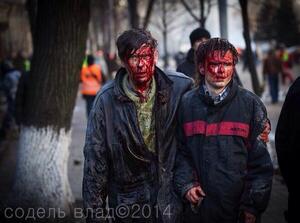 Scenes from Kiev in The Ukraine, from last night and this morning.

Ukrainian President Viktor Yanukovych threatened to crack down on anti-government protesters after the bloodiest clashes in the country’s three-month standoff killed at least 25 people.
…
Yanukovych, backed by Russia, is seeking to end the crisis that has destabilized the country of 45 million. Activists last night repelled a police attempt to clear their main protest camp in central Kiev. Hundreds remained on Independence Square this morning, including reinforcements from the western city of Lviv, with squadrons of police ringing their burning barricades.
…
The opposition is seeking to overturn constitutional changes that strengthened Yanukovych’s powers and to put Ukraine on a path toward EU membership. The standoff began on Nov. 21, when Yanukovych pulled out of a free-trade deal with the EU, opting instead for President Vladimir Putin’s offer of $15 billion of aid and cheaper gas. 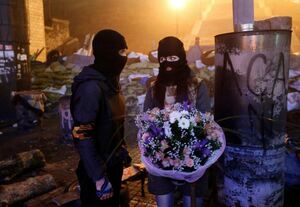 Easily one of today’s most unusual Valentine’s pics – protester gives flowers to girlfriend in Kiev.