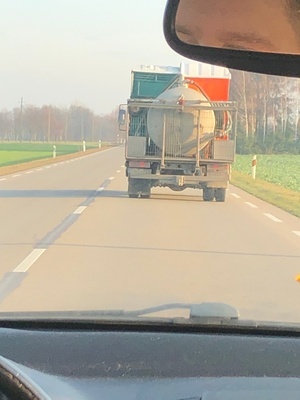 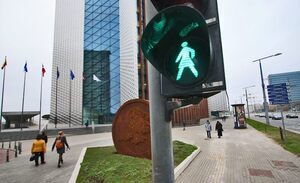 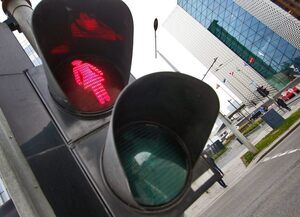 One of 14 pedestrian crossing lights subtly altered on Konstitucijos Street in Vilnius to celebrate the centenary of voting rights for Lithuanian women.

Like many other European countries, Lithuanian women earn 14 percent less than their male colleagues [and hold only 17 percent of executive positions] 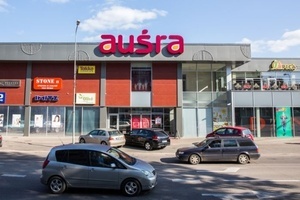 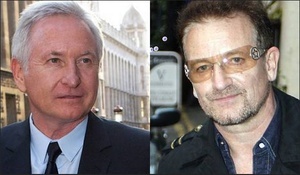 The 3,700-square-metre mall, which opened in 2006, was built by Eika, one of Lithuania’s leading developers. In April 2007, the developer announced it had sold the mall to an unnamed “foreign investor”.

The buyer was UAB Nude Estates 2, a Lithuanian company. Records show the company was ultimately part-owned by Bono, via a series of confusingly named offshore companies.

Between 2007 and 2012, UAB Nude Estates 2 was owned by a similarly named Maltese offshore company, Nude Estates Malta Ltd. Leaked registry documents show Bono is listed as one of three owners of Nude Estates Malta, along with a man named Robin Andrew Barnes and Patrick Gerard McKillen.

Mr McKillen is an Irish businessman who also co-owns a luxury Dublin hotel [The Clarence] with Bono and U2 guitarist David Howell Evans, also known as The Edge.

In 2012, ownership of the Lithuanian company was transferred to another offshore company, this time in the British Crown Dependency of Guernsey, called Nude Estates I Ltd.

It is unclear how large Bono’s investment in the Utena mall is, or how much it has earned him. In its 2007 financial records, the Lithuanian company, Nude Estates 2, stated its fixed assets were valued at 19.6 million Lithuanian litas, then worth about $10 million. 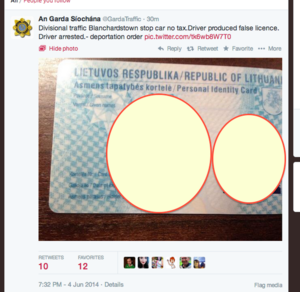 Oh dear. So that Garda Traffic account deleted its xenophobic tweet. Good thing I got a screenshot. 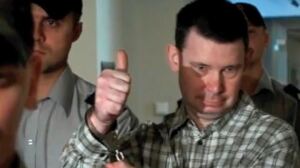 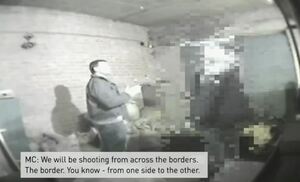 An Irishman jailed in Lithuania after being convicted of trying to buy weapons for the Real IRA has been freed by an appeal court.

Michael Campbell, who has been in prison since his arrest in 2008, smiled as police took off his handcuffs and freed him in court in the capital, Vilnius. He was arrested as part of an international sting operation that included undercover British agents as he tried to purchase guns and explosives.

The Vilnius Appeals Court said prosecutors failed to prove ties with the Real IRA and suggested Mr Campbell was the victim of entrapment.

A Lithuanian man told Gardai he shoved an iron bar up another man’s rectum and then urinated on him to make little of him as is the tradition in his country because he owed him money for drugs, a trial in Galway heard yesterday.

Really? We usually find a terse email and a little light snubbing does the trick.