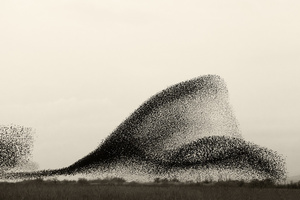 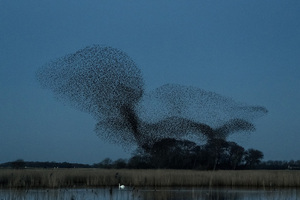 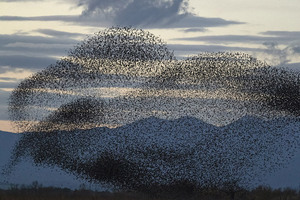 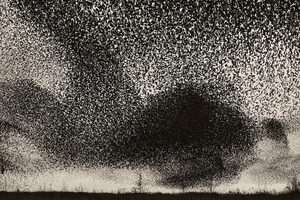 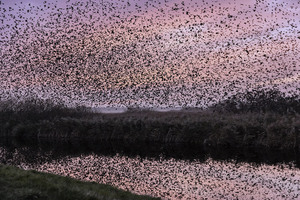 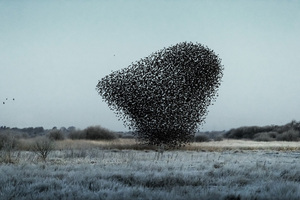 Stills and footage from an ongoing project by photographer Søren Solkær in the marshlands of southern Denmark where every spring and autumn, an estimated million migrating starlings converge in vast murmurations. Sez he:

At times the flock seems to possess the cohesive power of super fluids, changing shape in an endless flux: From geometric to organic, from solid to fluid, from matter to ethereal, from reality to dream—an exchange in which real-time ceases to exist and mythical time pervades. This is the moment I have attempted to capture—a fragment of eternity.

A book of the project is released this week. 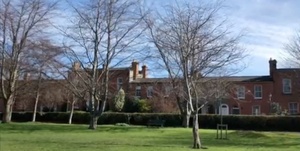 The sound of Spring.

We had a power cut but burglar alarms go off every single day in the area and often don’t switch off until owners return in the evening.

I don’t understand why we don’t just outlaw them.

Nobody must ever take them seriously for their original purpose and modern technology must surely have surpassed the need for an external alarm. 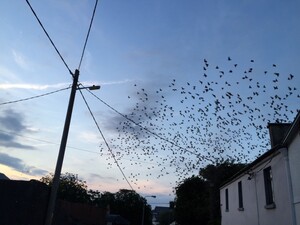