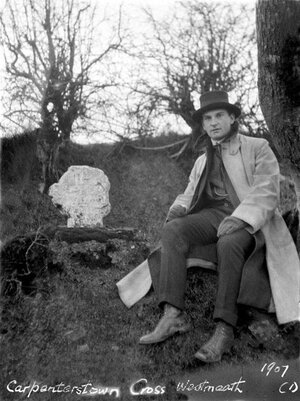 The mystery of ‘Dapper Dan’ has been solved

A few years ago we posted a photo of a rather distinguished looking gentleman beside a wayside cross at Carpenterstown, Co. Westmeath

Fondly nicknamed ‘’Dapper Dan’ by the staff of the NMS Archive and Photographic Units, we are delighted to say that his identity has been discovered during the ongoing cataloguing of our Topographical File collection.

May we introduce you to a 30 year old Welsh born – Mr. John Hugh Williams, Assistant Surveyor with the ‘Board of Works’ (now The Office of Public Works) who was based in Mullingar until 1917… 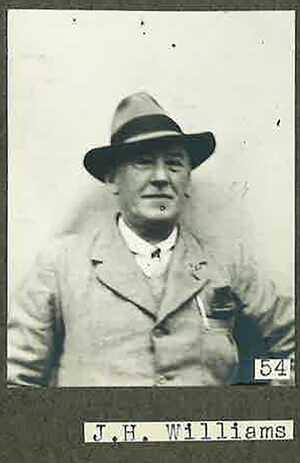 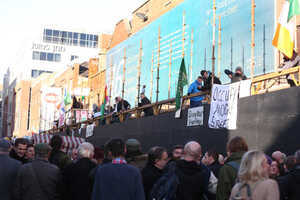 You may recall how protesters occupied buildings on Moore Street earlier this year.

They were attempting to prevent the demolition of certain buildings on either side of 14-17 Moore Street – which has been declared a national monument – claiming other buildings on the street also had historical significance and should be protected.

The High Court has ruled that extra buildings are to be designated as national monuments on Dublin’s Moore Street.

Relatives of the signatories of the 1916 Proclamation had been trying to have a number of buildings added as national monuments.

The State had disputed the buildings had any link to the 1916 Rising.

Previously: Moore As We Get It

‘I Have Been Asking Questions And Not Getting Answers’