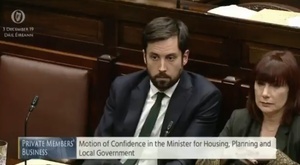 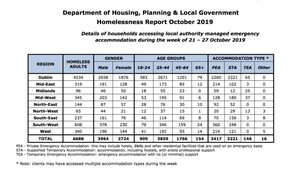 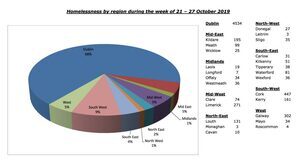 Last night, Independent TD for Roscommon–South Leitrim Michael Fitzmaurice spoke during the debate on the motion of no confidence against Tánaiste and Labour leader Joan Burton.

It followed her appointment of former leader of the Irish Congress of Trade Unions David Begg as chair of the Pensions Authority – a process which did not involve the official public service advertising or appointments process.

Michael Fitzmaurice: “Yesterday evening I came in to listen to the debate, but all I heard from the across the floor was what Fianna Fáil did in its last five years. The following contributor then spoke about people who had connections with bankers and what they did and said during those years. I am not long here, but I have seen all of that on television and it is all history now. A government is like a football team. It should take up the mantle and go forward and should not keep blaming the opposition for losing the match.”

“Anybody in business who wants to take on a new employee goes through a system. They advertise the position, people apply for and submit CVs. The employer examines the CVs and whittles the numbers down to the eight or ten most suitable people for the job and interviews them. Employers do not just take people in on a nod and a wink. Nobody suggests that the person in question in this case is not suitable. What they are saying is that due process should take place.”

Derek Keating: “Some are. The Deputy should have been here earlier.”

Michael Fitzmaurice: “Everybody can make a mistake, but the sad thing about people in politics is that we are not able to put up our hands and admit them. The people have great respect for those who admit they made a genuine mistake, that they should not have done it and will change it.”

Joan Burton: “Absolutely, I did.”

Fitzmaurice: “One thing the Tánaiste cannot say when she looks in the mirror is that she did it for the people of Ireland. It is cronyism at its best. This is what peeves people. In a poll yesterday evening, 80% of people said it was cronyism. Are they wrong…”

Finian McGrath: “That is right.”

Fitzmaurice: “…or are we not in touch with the people?”

Burton: “The Deputy is out of touch.”

Fitzmaurice: “Listening to the people on the ground, they are fed up with what is going on in politics – the nod and the wink. I am not long here, but I have seen appointments of judges and appointments to different boards. This is happening day after day.”

Burton: “Who has been appointing judges?”

Fitzmaurice: “The way these appointments are being made is completely wrong. If mistakes are made, let us change the system. Let us not continue with the hoodwink system that is going on. If the Tánaiste or if I make a mistake, let us be brave, let us stand up and be counted and admit it. Let us not hide behind the curtain or veil of the protection of others. One of the members of the Tánaiste’s party admitted openly their disagreement with the appointment. We need honesty.”

“The people will judge each and every one of us in the next month or six weeks and there will be no protective curtain in front of us. There will be no veil to protect us. We will have to be open, honest and transparent and they will judge what has gone on here.” The Irish Daily Mail (not online) is reporting this morning that Tánaiste Joan Burton is facing a motion of no confidence today over her appointing former head of the Irish Congress of Trade Unions David Begg as chair of the National Pensions Authority.

The position did not go through the public service advertising or the appointments process.

In addition, the paper reports Ms Burton appointed Ita Mangan as chair of the Citizens Information Board, also without advertising the post.

The Independent Alliance has tabled the motion. BREAKING: Sinn Fein to place motion of no confidence in the Taoiseach in the #Dáil next week over #water charges #ntfm