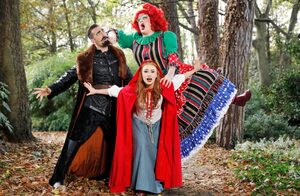 The lead performers of the Helix panto Red Riding Hood, which will be streamed this Christmas

Following panto cancellations across the country, The Helix and TheatreworX have announced an online version of its panto, ‘Red Riding Hood’, which will be available to stream on December 23, 27 and January 1.

In a week where many Christmas pantos and festive events have had to postpone or temporarily close due to covid restrictions, The Helix Panto Online will allow families all over the country to enjoy the magic of Christmas panto during these covid times and all from the comfort of their homes.

Priced at €20.00 per household, The Helix Panto Online ‘On Demand Ticket’ will allow families to watch ‘Red Riding Hood’ at a time of their choosing on a chosen date .

Cancelled pantomime: ‘We gave it our best shot and it just wasn’t to be ’ (Irish Times) 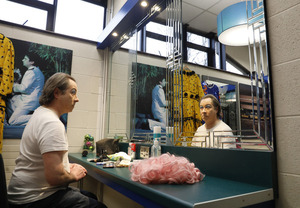 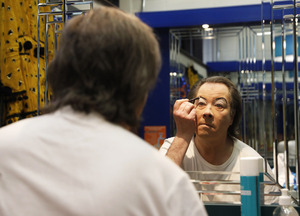 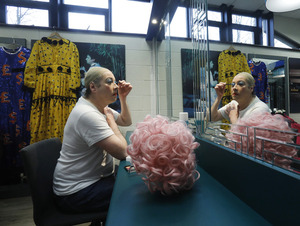 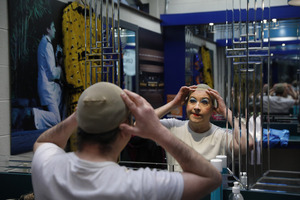 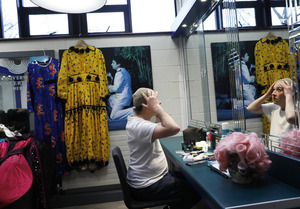 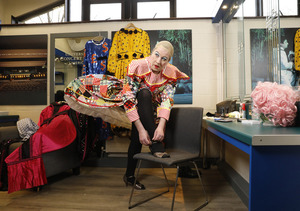 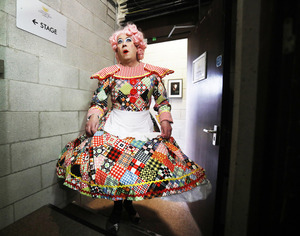 Myles Breen transforming into Dame Noni backstage at University Concert Hall Limerick, ahead of ‘A Lot Like Christmas’ a family Christmas show at UCH from December 27-31, featuring a screening of The Snowman with live narration and special appearances from panto pals… 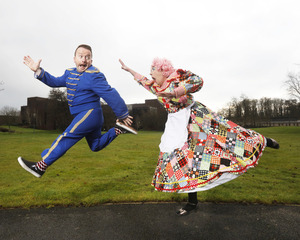 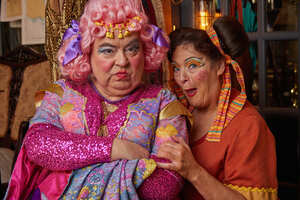 Many of Ireland’s largest Panto producers and promoters have come together to ‘assure parents and audiences of the exemplary safety measures in place with regard to their upcoming live shows this Christmas’.

After a period of uncertainty regarding restrictions, they are now confident that their respective shows can proceed. Some Pantos have already opened successfully to the public, with more opening in the next week or so, all for extensive runs into mid-January, 2022.

Promoters are asking patrons of all ages to wear masks for the duration of shows, in an effort to reduce any risk to other attendee.

Panto is the highlight of the year for many patrons, but also for artists and producers. Preparation for these large productions takes 8-10 months of planning and the Panto industry is the biggest employer of large scale theatre in the country.

Pantomime represents a significant business in the Irish entertainment sector. In an average year, the Panto season is responsible for selling in excess of 310,000 tickets to patrons all over the country, bringing in approximately €9.8 million in revenue.

It provides significant employment for up to 1000 professional artists, creatives and production crews. It also impacts hugely on the economy around the venues, where restaurants, hotels, shops and bars all benefit from the productions around the country. Panto revellers, including telly’s Mairead Ronan (above with her daughter Bonnie), at the opening night of The Helix Panto, Red Riding Hood (until January 9).

Oh yes, they didn’t invite us. The stars of The Little Mermaid, this year’s Gaiety Panto

Just found out I cannot bring my kids to the Gaeity panto this year. They are requesting the discrimination cert. Bought the tickets in Dec 19. It has been an annual family tradition. 😭🎄

My son is 5 and autistic. He is being denied speech and occupational therapy because my wife and I are unvaccinated.

We are not even allowed to drop him off and pick him up.

This is just sick. Even if I was vaccinated, HE wouldn’t be! This is no ordinary panto.

It’s the Gaiety Panto, which this year is The Little Mermaid and the theatre will be ‘transformed into a stunning kingdom under the sea’ from November 28 until January 9. 2022,

The Gaiety Theatre is celebrating its 150th anniversary, and the official birthday coincides with this year’s panto run. It wouldn’t be Christmas without panto! The Helix and TheatreworX are excited to announce an online Christmas panto of ‘The Sword in the Stone’ starring Fair City’s Amilia Stewart-Keating (top left).

Produced once again by TheatreworX Productions, The Helix Panto Online will be a new way for families all over the country to enjoy the magic of Christmas panto during these Covid times and all from the comfort of their homes. Tickets for this magical cinematic experience are on sale from tomorrow, Tuesday, 17th November at 12noon at link below