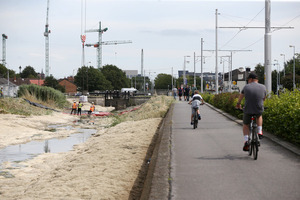 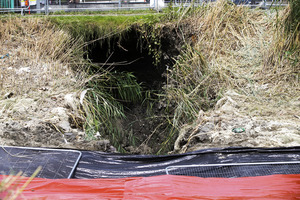 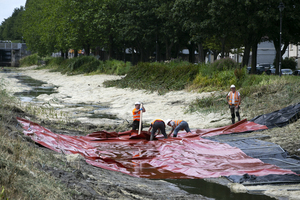 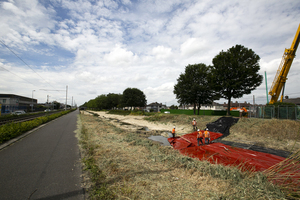 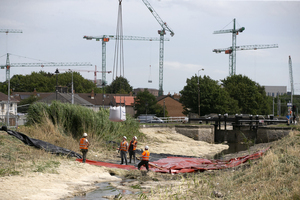 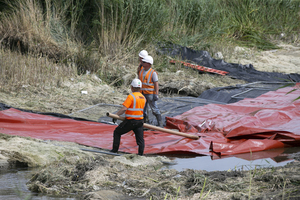 A temporary dam is being installed at a section of the Grand Canal after it was effectively drained on Sunday after a storm drain underneath the canal collapsed.

A spokesperson for Waterways Ireland said that efforts to repair the issue are under way today while fish were collected and relocated to other sections of the canal. 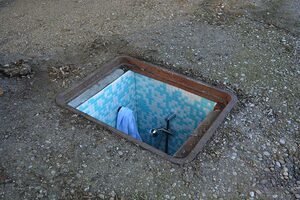 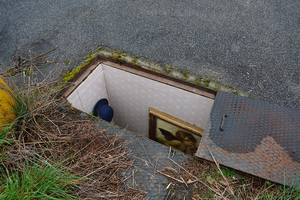 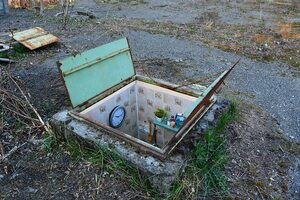 Borderlife – a series of satirical art pieces (inspired by the living conditions of over 600 people who inhabit the sewers of Bucharest) embedded on the streets of Milan by street artist Biancoshock. 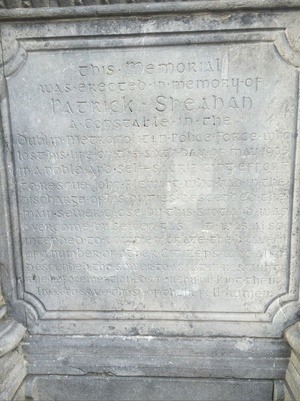 Memorial in central Dublin I never noticed before. A nasty way to go. Perhaps of interest to Broadsheet readers? 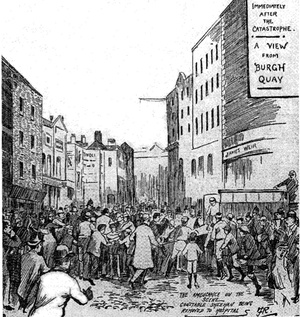 What kind of man would do that for a fellow man?

Wade through poo smelling foulness we can’t even imagine or maybe we just don’t want to?

Constable Patrick Sheahan was a well known figure in the turn-of-the-century Dublin Metropolitan police force, indeed he may have been the Dublin equivalent of Captain Carrot in Terry Pratchett’s ‘Men at Arms‘ books.

The Constable’s obliging nature and impressive size – 6 foot 4 inches tall and 18 stone in weight – resulted in him being called up for the jobs no one else in the force felt able for, such as – on one famous occasion – wrestling a runaway bull to the pavement of Grafton Street.

He also regularly rescued old ladies from collapsing buildings and received a reward for recovering a city flag from a group of Trinity students in Dawson Street and restoring it to the Mansion House.

Constable Sheahan’s luck ran out in the labyrinthine sewers of Burgh Quay on Saturday May 6, 1905, when – having gone on duty to cover for a friend who had wanted to go to the theatre – he died of suffocation trying to rescue a Dublin corporation workman overcome by deadly gas.

His funeral in Mount Argus was a grand affair and the streets along which the cortege proceeded to Kingsbridge Station – from which his body was taken by train to his native Limerick for burial – were thronged with Dubliners respectful of his courage.

Heavy rain causes a sewer geyser that blasts this car into the air.