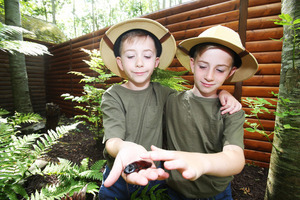 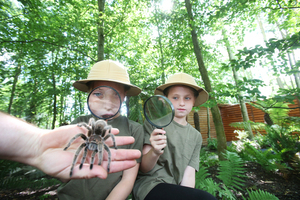 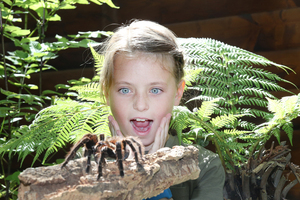 Tayto Park – Ireland’s only theme park and zoo – has this morning announced that twins will go FREE on Saturday, August 3 to celebrate International Twins Day… while also revealing that the ‘Big Bug Bonanza’ will return to the Park from Monday August 5 to Sunday August 11 with a spidery “array of activities and talks for all the family to enjoy”. 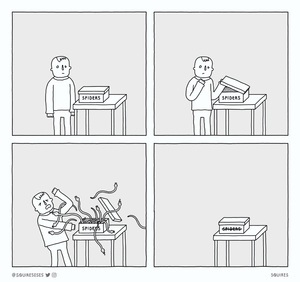 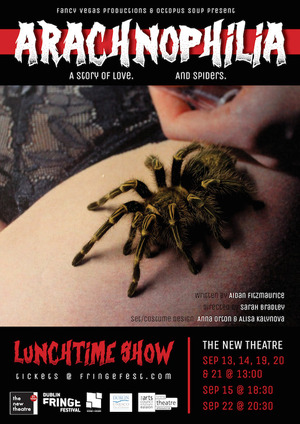 ‘In an attempt to secure their long-term future and prepare for a baby, Conor buys Alice a Chilean Rose Tarantula named Bellhop.

Understandably upset, Alice leaves and Conor’s obsession with Bellhop begins… Brace yourself, this is the greatest spider story since Charlotte’s Web, the most heroic spider since Spiderman. The most romantic spider story… ever.’

A story about love and spiders.

Arachnophilia at the New Temple Theatre 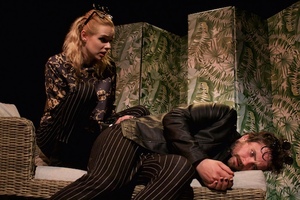 Conor and Alice in Arachnophilia

The producers of  Arachnophilia would like it to be known for those scared of spiders that there will be no actual spiders in the show. 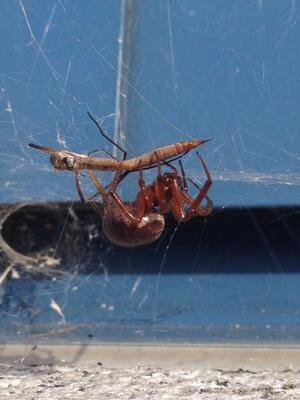 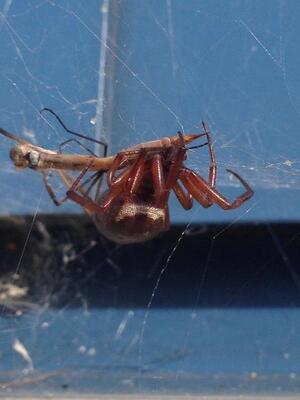 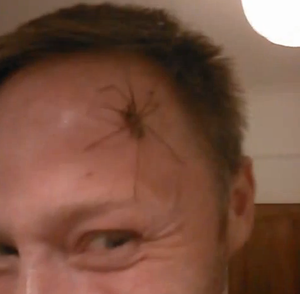 That’s how he trolls. 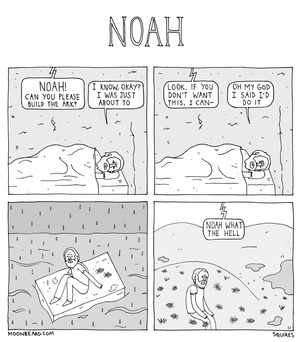 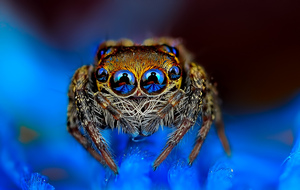 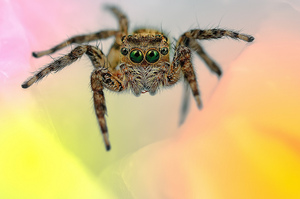 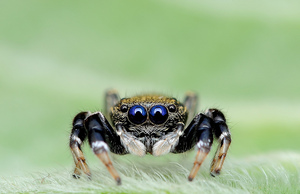 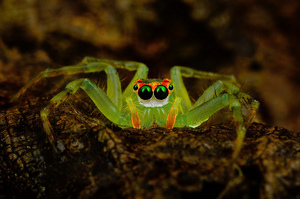 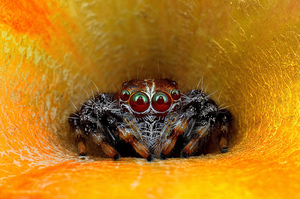 Cobwebs:  a new nightmarenimation by Cyriak Harris. ‘A brief journey through a world of spiders and the never-ending networks that bind their universe together.’

He’s also made you a few spidery gifs.

Previously: The Nightmare Before Christmas. 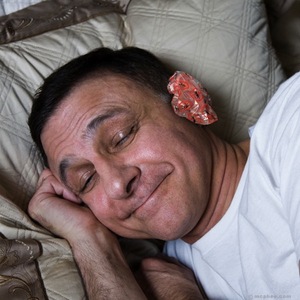 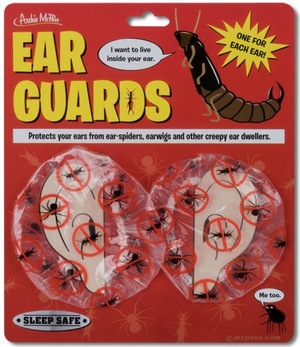 But we’ll be wearing these from now on, just in case.

Keep your ears safe from ear-spiders and earwigs with these protective Ear Guards! Just slip them over your ears before you go to bed at night and you’ll wake up revitalized, refreshed and ear-bug free! After all, ears are meant for hearing not housing! Two vinyl guards with snug-fit elastic on each illustrated card. One size fits all.

Available from Archie McPhee. They don’t ship internationally though so we’re improvising with rubber bands and clingfilm.